WOOSTER  Robert N. Eyler, 70, of Wooster passed away Sunday, May 19, 2013 at Smithville Western Care Center. He was born October 18, 1942 in Massillon the son of George and Anne B. DeHaas Eyler. He married Julia C. Bidinger on June 19, 1981. She survives. Bob was a member of the class of 1961 of Millersburg High School and had worked for Sanderson Cyclone Drilling and later for Ingersall Rand and Volvo in Orrville. After retirement, he worked security for Artiflex (formerly Gerstenslager) in Wooster. Bob was a Civil War and WWII scholar. He enjoyed going to Civil War Re-enactments around Ohio with his good friend Randy Howman. He also enjoyed model scale trains. Bob loved listening to Big Band music. He was a devoted family man and loved every member of his family very much. He enjoyed watching his grandchildren and great-nephews during sporting events. He was a West Holmes  Knights fan. Bob always liked having all the family together enjoying each other s company and good food. He was a big Ohio State sports fan as well as a Browns fan. He never forgave Modell for moving the Browns to Baltimore. He also enjoyed Cleveland baseball and basketball. Bob enjoyed the Native American Pow-wows held in Loudonville. Bob served his country with the U.S Army from 1961-1964. In addition to his wife, Bob is survived by his daughter: Mindy C. Hazel (Jason Cole) of Wooster and step-children Nada G. Hazel (Bill) Cosgriff of Wadsworth and Paul C. Hazel of Dover; and a son-in-law Jon Klingler of Millersburg; grandchildren: Amanda McCluggage (Timmy) McClintock of Nashville, Derek (Jordan Raber) McCluggage, Nakesha Klingler (Kyler Henderson) of Big Prairie and Trey M. Shaw of Sugar Creek, Zander Hazel and Aubrey Hartzler of Wooster; Great-grandchildren, Serenity and Finnigan McClintock of Nashville and baby McCluggage of Millersburg; a sister Georgianna (Bob) Oswald, his twin brother Raymond N. (Verlie) Eyler and brother Richard C. Eyler all of Millersburg. He was preceded in death by his parents and a daughter Barbara A. Eyler (Jon) Klingler. Friends will be received at the McIntire, Bradham & Sleek Funeral Home, 216 E. Larwill St., Wooster on Friday, May 24, 2013 from 6-9:00 p.m. Inurnment will be held at a later date. Bob was so appreciative of all the friends and family who came to see him. He enjoyed each and every card he received and read them many times over. He wanted to thank each one for the wonderful friendship and camaraderie. Many thanks from the family for the excellent care he received at Wooster Community Hospital and Smithville Western Care Center.

Memorial Contributions
Richard was preceded in death by his parents.

Service
No services, burial at a later date 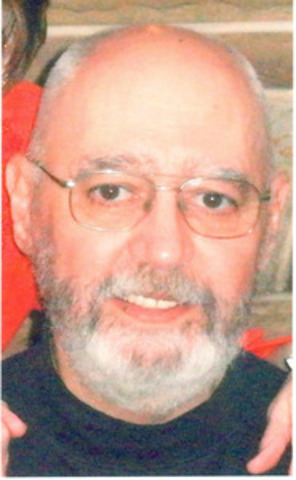