WOOSTER  Richard DuVall Dick  Miller, 84 of Wooster passed away Monday, June 10, 2013 at West View Healthy Liviing.
He was born March 20, 1929 in Pittsburgh, Pennsylvania, the son of Arlie R. and Anna Mabel DuVall Miller. Raised in Cincinnati, he graduated from Withrow High School. At the University of Cincinnati, he received a Bachelor s Degree with honors in 1951. The next year he was awarded a Master s Degree.
He was a veteran of the U.S. Army having served from 1952-1954. He was cited for outstanding service to the Headquarters and Headquarters Company, 10th Military Regiment at Ft. Benning, Georgia. He was also recognized for developing the regiment s filing and office procedures.
After a career in retail sales management, his training skills led to the Canton Goodwill Rehabilitation Center where he developed leadership programs for staff and working skills for clients. He led in the opening of several stores.
As Education Director of the Canton-Massillon Board of Realtors, he was recognized for Outstanding Personal Service in 1986. His favorite project while working at the board was conducting Fair Housing Law programs in 18 counties throughout Ohio.
After retiring, he taught Human Relations, Public Speaking, and Sales Management courses at Wooster Business College.
A member of the Wooster United Methodist Church since January 1955, he taught teenage Sunday school classes for 21 years. As a youth counselor, he founded the Pickle Barrel players, a teen drama group. He served as director for 23 years. Later he led adults and teenagers in Disciple Bible Study courses at the church. For many years, he participated in prison ministry at Grafton Correctional Institution with a team of men from the York United Methodist Church.
He was active in East Ohio Emmaual Emmaus. A member of Wayne County Chapter 476 of AARP he served as a board member and editor of the chapter newsletter.
Dick is survived by his wife, Elizabeth, and children Linda and Bob Shrake of Clifton Park, NY, Bruce DuVall Miller and Elizabeth Rueve-Miller of Blue Ash, OH and four grandchildren, Bryce Shrake, Cassie, Clarke and Griffin Miller.
A memorial service will be held Saturday, June 15, 2013 at 11:00 A.M. at the Wooster United Methodist Church, 243 N. Market St., Wooster with the Rev. Dr. David Wilcox officiating. The family will receive friends following the service.
McIntire, Bradham & Sleek Funeral Home, 216 E. Larwill St., Wooster is assisting the family.
Those who wish may make memorial contributions to the Wooster United Methodist Church or to People to People Ministries, 454 E. Bowman St., Wooster, OH 44691 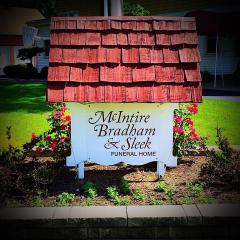