WOOSTER – R. Rhoe Benson, age 90, of Wooster, Ohio passed away on Friday, July 5, 2013 at Wooster Community Hospital.   At his passing he was surrounded by his wife, children and grandchildren.   Rhoe was born in Jamestown, NY in 1923 to George E. and Ellen J. (Peterson) Benson.  He was the younger brother of Dr. Donald W. Benson, and graduated from Jamestown High School in 1941.   During his youth he was involved in many church and school activities, and was especially proud to have been editor-in-chief of the Senior Annual; a member of the a capella choir; and a starting forward on coach Rolland Taft s championship JHS basketball teams of the early 1940 s.
In 1941 he enrolled at the College of Wooster in Ohio, where he played basketball for the Fighting Scots under Coach E. M. Mose Hole, earning a varsity letter his sophomore year.   His college career was interrupted by WW II, and Rhoe enlisted in the US Navy, serving in the Pacific, where he saw action at the battles of Iwo Jima and Okinawa, and as part of the Occupation fleet.   He received an honorable discharge in 1946, attaining the rank of Lieutenant JG.
He returned to the College of Wooster and completed a BA in economics in 1947.   He also met and married his college sweetheart, Elizabeth M. (Baker) Benson of Cleveland, Ohio.   They were married in 1948, and recently celebrated their 65th wedding anniversary.   A devoted husband to Liz, Rhoe was also a devoted father to their three children, Susan E. Collins (Mac) of Freeport, Maine; Richard R. Benson, Jr. (Tina) of Shreve, Ohio; and David L. Benson (Cindy) of Aurora, Ohio.   He took great pride and joy in their eight grandchildren, Andrew and Christopher Collins; Sarah, Joshua, Abigail and Claire Benson; and Ian and Nathaniel Benson.
After graduation Rhoe worked for Swift and Company, then Agrico.   In 1959 he joined the DC Harris Company of Wooster as its sales manager.   When it incorporated a few years later as Cosmicoat, Inc. he became vice-president and secretary, in which capacities he served until it closed in 1985.   He then became manager of the Wayne County Department of Solid Waste and Recycling, a position from which he retired in 1990.   An avid golfer since college, he also worked part-time in retirement at the College of Wooster golf course pro shop.
Rhoe was a faithful member of the First Presbyterian Church of Wooster, where he served as an elder and a 51-year member of the choir.   He was also active in civic and social life, including service as a member of Wooster City Council; member and past-president of the Kiwanis Club of Wooster; board member and volunteer (and cancer survivor) of the Wayne County chapter of the American Cancer Society and its Relay For Life and Man-To-Man programs; volunteer at People-To-People Ministries; and founding member of the Downtown Rebounders, a business group supporting the College of Wooster basketball team.   With his love of golf, he played in two senior leagues, and also with his favorite playing partner, his wife, Liz.
He is survived by his wife, children and grandchildren; a brother-in-law, Leigh K. Baker of Raleigh, NC; a sister-in-law, Margery Benson of Chicago, IL; and many nieces, nephews and cousins.
He was many things in life, but to those most important to him he was loved.   He will be missed.
A Service of Remembrance is planned for August 10, 2013 at 11:00 a.m. at the First Presbyterian Church in Wooster, Ohio.   A reception will follow the service.
McIntire, Bradham & Sleek Funeral Home, 216 E. Larwill St., Wooster is assisting the family.
In lieu of flowers, memorial contributions may be made to People-To-People Ministries, 454 E. Bowman Street, Wooster, Ohio 44691.
Online condolences may be sent to www.mcintirebradhamsleek.com 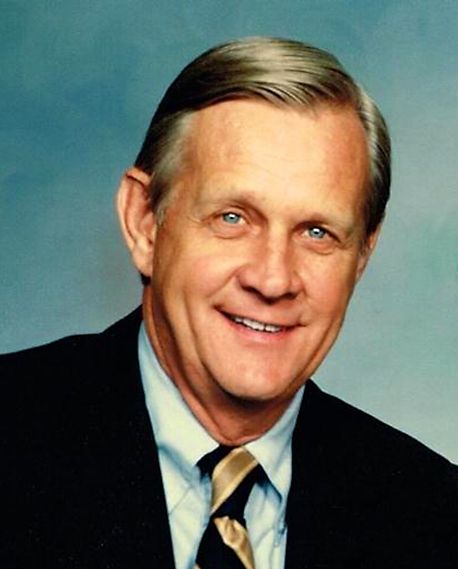