NORCROSS, GEORGIA  Paul Anton Kane, son of Ralph E. and Alice M. Kane and beloved brother of Elisabeth (Lisa) Ann Kane of Wooster, passed into the comforting arms of God on July 13, 2013.   After suffering catastrophic illnesses in 2006 and being given one year to live, Paul regained his humor and positive attitude to heroically fight multiple life-threatening conditions for seven more years until passing away in his sleep of respiratory failure at the of age of sixty.
Paul attended Layton Elementary, Edgewood Jr. High and graduated from Wooster High School in 1971.   He was active in Indian Guides, sports, (Kiwanis) Key Club, Latin Club, Young Men s Republican Club, National Honor Society, Thespians, 2nd president of Circle K senior year, and achieved the rank of Eagle in the Boy Scouts.
He worked on various publicity and ad campaigns for radio and print, including several award-winning ads as assistant to his father in 1975.   Paul received a B.A. in Speech in 1976 from the College of Wooster where he participated in theatrical productions and the London Theatre Tour.   He produced a short film about the carnies  he met during summer jobs managing a concession stand at several Ohio and Michigan county fairs where he enjoyed meeting such celebrities as Jungle Larry  and Lil  John.
Paul spent years in the South where he owned and managed a pizza restaurant, was a chef in a Greek restaurant, an auto salesman, a manager for a Toys R Us outlet and a Mexican foodstuffs provider.   He enjoyed fishing, vegetable gardening, cooking, football, NASCAR, movies, science fiction and comedy.   An avid supporter of the Space Program, his name is included on a list that accompanied a vehicle to the planet Mars.   He was accepted as a member of a Georgian Native American Tribe after completing a demanding program of challenges.   But Paul felt that working on his Aunt (mother s side) and Uncle s South Dakota farm as a teen was the greatest experience of his life.
Paul is survived by his sister, Lisa.   His mother, Alice, passed away on April 18, 2009 and his father, Ralph, on July 26, 2015.   Paul and Lisa always felt lucky to have each other.
Paul was born March 21, 1953.   He had a luminous laid-back personality.   He was sweet, outgoing, gentle, a great storyteller and tried to make a friend of everyone he met.   He retained a special love for Wooster and the Oakley Rd. neighborhood where he grew up with 42 other children in a time and place where, as he once confided to his sister, There was a mom in every house. 
After cremation by Castellaw Home in Smyrna, GA., Paul s cremains were sent home to Wooster for private burial/interment in the Garden of the Cross by McIntire, Bradham & Sleek, 216 E. Larwill Street.
A gift (of cash) to your favorite charity as a memorial to him would be appropriate. 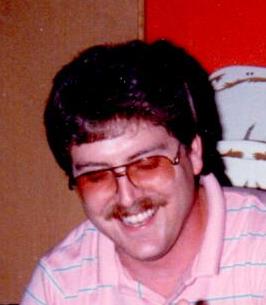