APPLE CREEK – Glenn C. Taulbee, 58 of Apple Creek passed away Saturday, September 7, 2013 at University Hospital in Cleveland.
He was born April 19, 1955 in Portsmouth, the son of Henry C. Taulbee, Jr. and Betty Howell Teeter.
He was a truck driver for 25 years, had worked in the oil fields and for the last several years worked as an independent maintenance man.   He was a member of the Eagles, was an avid drag racer, loved gardening, fishing and spending time with his kids and grandchildren.
He is survived by his children, Sylvia Amstutz of Wooster, Dana Marsh of Ocala, Fl., Betty (Dave) Adams of Wooster and Glenna Shinn of Millersburg; special grandchildren Breanna, Ted, Jr, Tarrant, Wade  and Paytin and numerous other grandchildren; numerous great-grandchildren; brothers Randy, Scott Taulbee, Andy Conkle and a sister Sara (Tom) Jordan; a special cousin, Ann Harrison of Portsmouth; aunts June Williams and Judy Bear of Portsmouth and numerous cousins and his former spouse Sonja Taulbee.
He was preceded in death by his parents, a grandson, Christoipher Arnold  and a brother, Mike Taulbee.
Friends will be received at the McIntire, Bradham & Sleek Funeral Home, 216 E. Larwill St., Wooster on Saturday, September 14, 2013 from 5-8:00 p.m.
Services will be held on Sunday, September 15, 2013 at the funeral home at 3:00 p.m.
Those who wish may make contributions to the funeral home to help defray expenses.
Online condolences may be sent to the family at www.mcintirebradhamsleek.com 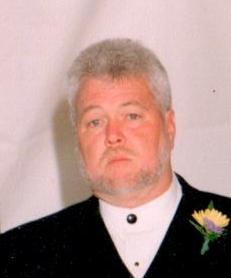