WOOSTER  Alfreda Phoebe  Schmelzer went to see the Lord on September 24, 2013, only a few days shy of her 99th birthday.
She was born on October 5, 1914 in Buffalo, New York to Martin and Helen Stachowiak Koteras.   She was raised by her mother and step-father John Koteras    She married Joseph Schmelzer on November 5, 1935 in Buffalo, New York. They had 3 children.   The oldest son died at birth, a son James lives in Ft. Wayne, Indiana and a daughter Susan Fickle of Wooster.
If you ever visited a patient at Wooster Community Hospital, you probably met Phoebe.   She worked as a volunteer from 1952 until 2009.   Seeing doctors, patients, visitors, new babies and all the changes at the hospital was a part of Phoebe s life.
She enjoyed her grandchild Ashley and great-grandson Dawson and the many hours spent with them.   Her other grandson, Michael and great-grandson, Cole were dear to her heart as well but lived so far away in Florida.
In addition to her many years as a volunteer, Phoebe worked at the Wooster Brush Company retiring in 1980 as a brush maker.   Phoebe attended St. Mary Catholic Church.   For 13 years, she taught Christian Doctrine to 3rd graders and she was a member of the Liturgical Council at The College of Wooster for 40 years.
She was a feisty and stubborn woman battling breast cancer at 94.   She kept that spit fire spirit until the time of her death.
She was preceded in death by her ex-husband, brothers Emil, Chester, Robert, Richard and Thaddeus, a sister, Josephine and her parents
Friends will be received 1 hour prior to a Mass of Christian Burial on Friday, September 27, 2013 at 11:00 a.m. at St. Mary Catholic Church, 527 Beall Avenue, Wooster with Rev. Stephen Moran as the celebrant.   Burial will follow in St. Mary Cemetery.
McIntire, Bradham & Sleek Funeral Home, 216 E. Larwill St., Wooster is assisting the family.
In lieu of flowers, contributions may be made to Crossroads Hospice, 3743 Boettler Oaks Dr., Suite E, Green, OH 44685
Online condolences may be made to the family at www.mcintirebradhamsleek.com. 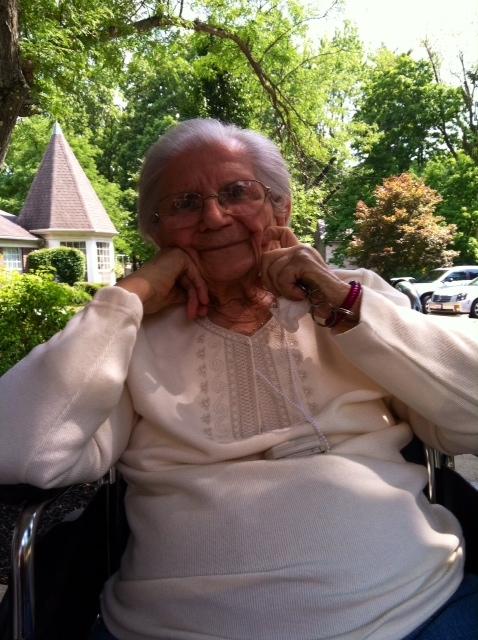