Thomas Lewis Marthey, 76, of Orrville, died Tuesday October 8, 2013 at home surrounded by his loving family after a 16-month battle with Parkinson s.
He was born in Calmoutier on November 11, 1936 to Clayton and Lucy Pailliotet Marthey, the eleventh of eleven children.
On May 2, 1970 he married Jill Hower formerly of Burbank.  She survives.
He was a proud farmer for over 60 years.   Thomas attended St. Mary Catholic Church and was a member of the Knights of Columbus.   He served his country in the National Guard in the 1950s.
Along with his wife, Thomas is survived by his children Trevor (Sandra Manion) Marthey of Orrville, Betsy (Eric) Johnson of Maineville and Maria (Scott) Casebeer of Mt. Vernon; grandchildren Sabrina and Brett Johnson, William and Hannah Casebeer and siblings Mary Kinney of Columbus, Hilary (Geraldine) Marthey of Orrville, Geneva Cairnie of Orrville, Margaret (Robert) Eby of Independence and Dolores Marthey of Orrville; sisters-in-law Verna Marthey of Wooster and Jan Marthey of Apple Creek.
Thomas was preceded in death by his parents and siblings Agnes Seib, Constance Shultzman, Jean Meier, Donald and Richard Marthey.
A Mass of Christian Burial will be celebrated on Friday, October 11, 2013 at 10:00 am at St. Mary Catholic Church, 527 Beall Ave., Wooster with the Revs. Stephen Moran and Paul Wysocki as the co-celebrants.   Interment will follow in the Burbank Cemetery.
Friends may call on Thursday, October 10, 2013 from 5-8:00 pm at McIntire, Bradham & Sleek Funeral Home, 216 E. Larwill St., Wooster.
Contributions may be directed to LifeCare Hospice, 2525 Back Orrville Rd., Wooster, OH 44691.
Condolences may be left for the family at www.mcintirebradhamsleek.com

Service
A Mass of Christian Burial will be celebrated on Friday, October 11, 2013 at 10:00 a.m. at St. Mary Catholic Church, 527 Beall Ave., Wooster with the Revs. Stephen Moran and    and Paul Wysocki as the co-celebrants 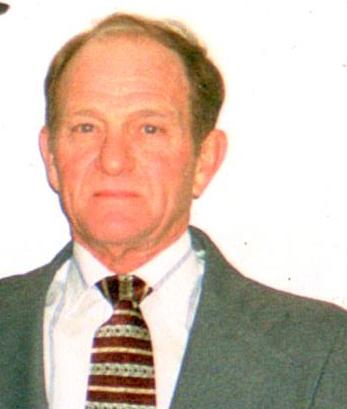