Jeannine Jane Bureau, 85, passed away October 16, 2013 at Brookdale Place of Wooster after a brief battle with pancreatic cancer. In the company of family and the incredible support staff of Hospice and Brookdale Place, her earthly journey ended blessedly and peacefully. Jeannine had an immeasurably full life and continues to serve as an inspiration in intention, humor and spirit for those that had the privilege to know her. She was a force of nature that inspired the expression amongst a knowing circle, to Jeannine it, when she attacked a task from all sides with overwhelming energy.
She was born September 25, 1928 in Alliance, Ohio to the late Robert and Mabel (Ogden) Rawlings. She grew up in Canton, Ohio, graduating from Timken Vocational School with an emphasis in secretarial work. She received a church scholarship and attended Mount Union College, later transferring to Ohio State University to study social work. There at a mixer dance, she met graduate student Marvin Bureau with whom she shared 63 years after marrying September 16, 1951. She was an active member of Trinity United Church of Christ of Wooster since 1956.
In the early family years, it was a great joy for her and Marvin to travel with the children to places and people by travel trailer, attending the New York World’s Fair in 1964 and the Montreal Expo in 1967, as well as camping at many regional parks and local haunts in the Mohican area. Professionally, she worked for 17 years as a secretary for the Wayne Soil and Water Conservation District, followed by 31 years as secretary for Marvin’s consultancy business as a soil scientist. During and throughout were countless trips exploring, visiting far flung family, and in support of daughter Shauna’s ultimately unsuccessful battle with cancer. In later years she and Marvin enjoyed traveling by small motor home and working in the yard on Ihrig Avenue. Her flowers and landscaping there started more than a few conversations from admiring folks passing by.
As a person, Jeannine had a incomparable way of finding the good in anyone. Though trained in social work she never served professionally, but always always, advocated for those with challenges in their lives. Even in fleeting encounters, she could learn the details and troubles of a person, and end up being a source of comfort. With all her friends, family and even mere acquaintances, she unfailingly put their needs above her own. The personal connections she made were countless, and sometimes the people she helped, never even knew her name.
She was always curious and had above all, an adventurous soul. Jeannine would consider things based on their merit and not convention. Memories are legion and fond of her joining in experiences that might leave some shaking their head, but for those associated, all the more appreciative. More than a few times she drove vans across this country and Canada, spending several weeks delivering them to her son’s tour business in Alaska. Accompanied by a crew of lively ladies (sometimes with a waiting list!), they surely cut a swath wherever they went. A particularly fond memory for son Todd, is of one summer when in her sixties, she offered to buy the fuel for wherever his bush plane might go, flying to many remote villages and spots across Alaska, often sleeping under the wing. During son Jeff’s first foray to camp at the age of ten, he remembered how she made sure a box of comics and home made cookies would arrive daily to share with cabin mates. Son-in-law Rob will forever miss the early morning sessions of life observation and philosophy, where absolutely no subject was off-limits. Granddaughter Sarah will always cherish the many long talks where Jeannine was all of grandmother, girlfriend and confidant at the same time.  Grandson Shane is thankful that he now has a guardian angel in heaven.
Jeannine was a person that always delighted in the uniqueness of others, with an example of her attending the funeral of someone she never knew, based on the depth of their obituary. She took a part of all that she met, and made it a part of her. It is her gift that she is a part of those that knew her. It was a life well lived.
She will be deeply missed by husband Marvin residing at Brookdale Place of Wooster; son Jeffrey and wife Linda (Hoffer) of Wooster and son Todd and wife Barbra (Belfield) of Hope, Alaska; son-in-law Robert Felty and wife Kathy of Columbus; grand daughter Sarah Felty of Columbus; grandsons Nathan and Shane Bureau of Wooster, and Liam Bureau of Hope, Alaska, as well a numerous other relatives. Jeannine was preceded in death by younger brother Robert Rawlings of Canton, and daughter Shauna.
Friends will be received at the McIntire, Bradham & Sleek Funeral Home, 216 E. Larwill St., Wooster on Thursday evening, October 17, 2013 from 6-8:00 p.m, and 1 hour prior to the time of the service on Friday..
A service will be held on Friday, October 18, 2013 at 2:00 p.m. at the funeral home with the Rev. Dr. Kevan Franklin officiating.   Burial will be in the Wooster Cemetery.
In lieu of flowers, contributions may be made to Asera Hospice 2820 West Market Street, Ste. 100 Akron, OH 44333 ph: 800-835-4594
Online condolences may be left for the family at www.mcintirebradhamsleek.com. 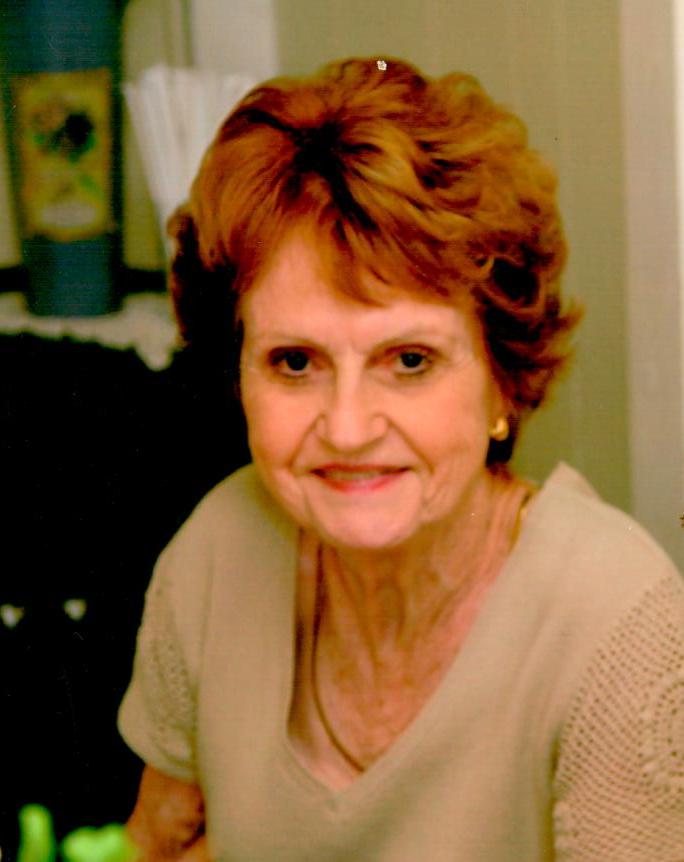