Ruth Marie Clevenger Smailes of Wooster, Ohio died on Tuesday, October 29th, 2013 after a courageous battle with fallopian tube cancer, which she fought for two and a half years.  Funeral Services will be at the Central Christian Church at 2PM on November 3rd, followed by interment  at the Wooster Cemetery.   Friends and family may call from 4-6PM on Saturday, November 2, at McIntire, Bradham & Sleek Funeral Home in Wooster.
She was born in Wooster, Ohio on May 16, 1934 to Roy and Rose Weaver Clevenger.   She graduated from Wooster High School in 1952 and attended the Cincinnati Bible Seminary for one year before heading to Massilllon Community Hospital School of Nursing, graduating in 1956.   In 1961, she graduated from The Ohio State University with a Bachelor of Science in Nursing and married Robert Wayne Smailes on June 10, 1962.
Her nursing career spanned over 45 years, working at Apple Creek State Hospital, Mt. Vernon State Hospital, Coshocton Memorial Hospital, Wooster Community Hospital and Massillon Community Hospital.   She also taught nursing at Columbus State Hospital, Massillon Community Hospital School of Nursing, Wayne General, and North Central Technical College.     She went on to receive her Master of Science in Nursing from the University of Akron in 1986.   She had served as Director of Nursing at Massillon State Psychiatric Hospital, as well as being Director of Quality Improvement at Colonial Manor and Austin Health Care.   Her nursing influence was so great, two of her children went on to be nurses.
She was a member of the American Nurses Association and the Ohio Nurses Association.   She was very active in the Wayne-Holmes-Medina Chapter of ONA, serving as Secretary, Vice-President, and President.
She was an active member of Central Christian Church in Wooster, Ohio.   She had been a past Deacon, Parish Nurse, along with being a Vice President and President of the Christian Women s Fellowship.    She had also been a member of the Trinity Episcopal Church of Coshocton, Ohio as well as the St. James Episcopal Church.
She was a member of many Chapters of Beta Sigma Phi International in Wooster and Columbus.   She had served as Vice-President and President of Alpha Mu Master Chapter and Secretary and President of the Wooster City Council of Beta Sigma Phi.
In lieu of flowers, the family suggests contributions be made to the Central Christian Church, 407 North Market Street, Wooster, Ohio 44691 or The Ohio State University James Cancer Hospital   via The James Development Office, 660 Ackerman Road, P.O. Box 183112, Columbus, OH 43218-3112.
She was preceded in death by her parents, sister (Virginia Pocock), and husband.   She is survived by her three children:   sons, Robert Patrick Smailes of Apex, North Carolina, Roger Phillip Smailes of Wooster, Ohio, and daughter, Mrs. Lawrence C. Creed (Paula) of Columbus, Ohio.     She is also survived by six grandchildren that she adored:   Emily, Ian, Devin, Cameron, Leah, and Ben; two nieces:   Rose Teter of Madison, Ohio and Doris Carmichael of Delaware, Ohio and a nephew, Ray Pocock of Wooster. 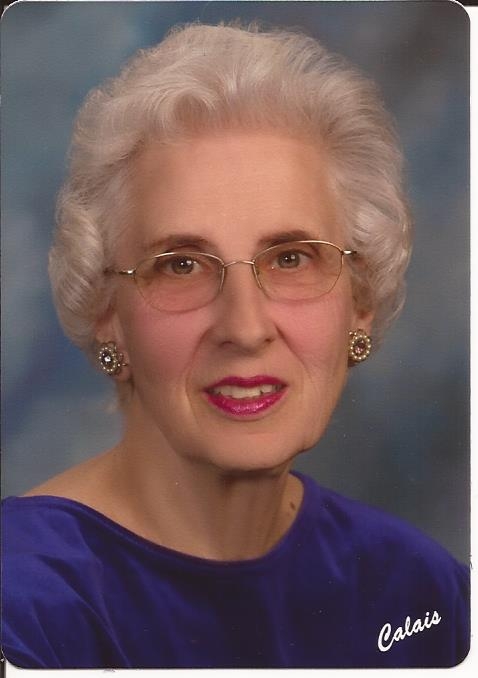