WOOSTER – Wayne Raymond FUNK, 81, of Wooster, passed away Tuesday, November 5, 2013 at Wooster Community Hospital.
He was born December 18, 1931 in Wooster, the son of Paul Andrew and Marcia Foss Funk.   He married Rose Weltmer on June 10, 1995.   She survives.
He retired in 1995 as a truck driver for Controlled Power after 29 years of service.   He had also worked for Wooster Lumber Co. for 2 years, had worked in the oil fields for 12 years and had done farm work for Gilbert’s Broad Vue Farm.   He had served his country with the U.S. Army during the Korean War.
Surviving in addition to his wife are his children; David (Charlotte) Funk and Samuel (Kelley) Funk both of West Salem, Barbara (Joel) Pouncey of Akron, John Funk of Marion and Anne Funk Chance of Wooster; step-children, Cathy (Ed) Perman and Deborah Mullet both of Ashland and Charles Fulton, Jr., of New Mexico; 9 grandchildren, 8 step-grandchildren, 4 step-great-grandchildren and 2 step-great-great-grandchildren; his siblings Pauline Sloan of Jeromesville, Shirley Gilbert and Larry Funk of Wooster.
Wayne was preceded in death by his parents, his second wife, Myrna Stough Funk in 1991 and his first wife Cora Gilbert Funk in 1964, a granddaughter, Taylor Funk, a brother Marshall Funk and sisters Maxine Hyder and Vera Miller.
Friends will be received at the McIntire, Bradham & Sleek Funeral Home, 216 E. Larwill St., Wooster on Friday evening from 6-8:00 p.m. and 1 hour prior to the time of the service at the church.
Services will be held at the Church of the Saviour, 480 Fry Road, Wooster on Saturday, November 9, 2013 at 11:00 a.m. with the Rev. Jerry Durham officiating.   Interment will follow in the Sherwood Memorial Gardens.
Those who wish may make contributions to LifeCare Hospice, 2525 Back Orrville Rd., Wooster, OH 44691 or to the New Pittsburg Fire Dept., c/o Roger Kamp, Treasurer, 1466 Perry Twp. Rd. 35, Wooster, OH 44691
Online condolences may be left for the family at www.mcintirebradhamsleek.com. 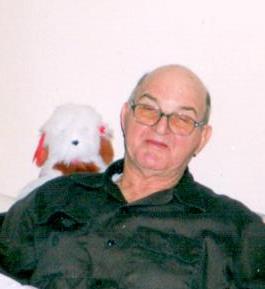