SACRAMENTO, CA  William A. BARBER, 67, of Sacramento and formerly of Wooster passed away Wednesday, December 11, 2013 at the Kaiser Permanente Hospital in Sacramento.
He was born June 29, 1946 in in Pennsylvania, the son of Floyd W. and Elizabeth R. Doyle Barber.   He married Dianna J. White on August 29, 1970.   She preceded him in death on April 8, 2013.
He formerly owned House of Vision Eyewear Boutique in Wooster and had worked at Eye Optics Optometry in Elk Grove, California.   He enjoyed bowling and playing golf.   William was a member of the Moose Lodge.
Surviving are his children Shannon Barber of Denver, CO, Stephanie Johnston of Gulf Port, MS, Sean Barber of Corona, CA and Bethany Barber of Langley, WA; 7 grandchildren and 3 great-grandchildren.
In addition to his wife, William was preceded in death by his parents and his brother Richard.
Friends will be received at the McIntire, Bradham& Sleek Funeral Home, 216 E. Larwill St., Wooster on Friday evening, December 20, 2013 from 6-8:00 p.m.
Services will be held at the funeral home on Saturday, December 21, 2013 at 11:00 a.m. with the Rev. David Barber officiating.   Interment will follow in Sherwood Memorial Gardens.
Those who wish may make contributions to the American Cancer Society.
Online condolences may be left for the family at www.mcintirebradhamsleek.com.

Memorial Contributions
Contributions may be made to the American Cancer Society, 525 N. Broad St., Canfield, OH 44406 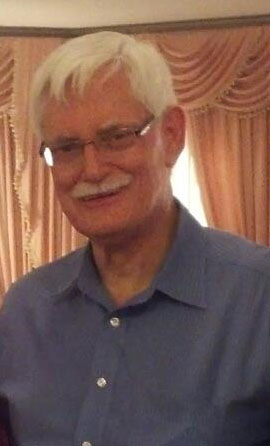