WOOSTER – Stanley James Carmean, 85, of Wooster, passed away Wednesday, March 12, 2014 at The Ohio State University Ross Heart Hospital in Columbus.
He was born July 27, 1928 in Ada, the son of Stanley Guy and Olive Kephart Carmean.   He married Shirley Best on December 19. 1954.   She survives.
He graduated from The Ohio State Highway Patrol Academy 30th graduating Class in 1950.   Stanley retired as a Staff Lt. from the Ohio Highway Patrol in 1980 after 30 years.   He had served as Post Commander in Wooster and a Staff Lt. at General Headquarters in Columbus.
He was a member of the Wooster United Methodist Church, member of the Veterans of Foreign Wars, a life time member of the American Legion, and the U. S. Navy s First Operational Helicopter Squadron HU-1 when serving his country on active duty with the US Navy from 1951-1955 during the Korean War.   He loved to read history books, especially civil war books.
Stanley loved bicycling and took 100 mile bicycle rides (TOSRV), was a ham radio operator, enjoyed bird watching and had several bird feeders and fed squirrels but made them work for their food.
He was dearly loved and will be missed by his family.
Surviving in addition to his wife are his children, Sam (Jane Stevenson) Carmean   and Matt Carmean both of Columbus, Rich (Cindy Kristof) Carmean of Munroe Falls and Margaret (Freddie) Westphal of NC; grandchildren, Jennie (Adam) Yoder, James (Stephanie) Carmean, Marta Csejtey and Scout Westphal; a great-grandson, Jayden Wilson and a brother, Vaughn (Della) Carmean of Ft. Wayne.
Stanley was preceded in death by his parents, sisters Ann Harrison, Ruth Veeneman and Flo Fisher and a brother Richard Carmean.
There will be no calling hours.
Services will be held at the Wooster United Methodist Church on Tuesday, March 18, 2014 at 11:00 a.m. with the Rev. Larry Black and Patrol Chaplain, Rev. Philip Hurlbert officiating.   Burial will be at the Ohio Western Reserve National Cemetery in Rittman at 2:30 p.m.
Contributions may be made to the Salvation Army, Wooster Corps, 437 S. Market St., Wooster, OH 44691.
Online condolences may be left for the family at www.mcintirebradhamsleek.com. 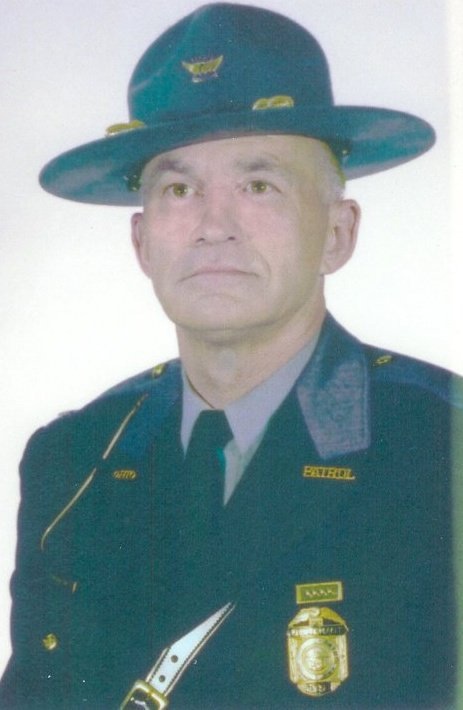