WOOSTER  Steven L. Casey, 54, of Wooster passed away Sunday, April 27, 2014 at Affinity Medical Center in Massillon.
He was born February 10, 1960 in Wooster the son of Mack and Carol Kurtz Casey.
He had been a press operator at Cerco in Shreve.   A member of the New Hope Community Church, he loved bowling and had a 300 game, enjoyed golf and had 2 holes in one.   Steve was an avid sports fan, especially the Indians, Browns and the Buckeyes and he enjoyed bingo.   He was a devoted husband and father always attending his children s events no matter what they were.   He especially enjoyed time with his wife bowling.
In addition to his wife, Donna Yonker, he is survived by his children, Stephanie Casey, Ashley Casey and Taylor Casey all of Wooster; his siblings, Mike (Loretta) Casey and Jeff Casey both of Wooster, Doug Casey and Christy (Jackson) Haun both of Loudonville and his grand dog, Wimbley.
Steve was preceded in death by his parents.
Friends will be received at the McIntire, Bradham & Sleek Funeral Home, 216 E. Larwill St., Wooster on Thursday, May 1, 2014 from 6-8:00 p.m.
Services will be held on Friday, May 2, 2014 at the funeral home at 11:00 a.m. with the Rev. Tim Broughton officiating.   Burial will be in the Crown Hill Cemetery in Orrville.
Online condolences may be left for the family at www.mcintirebradhamsleek.com. 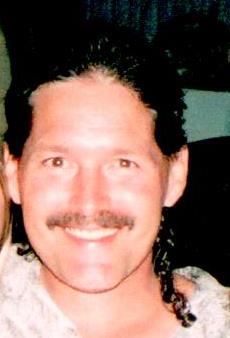