CIRCLE CITY, ARIZONA – On May 22nd, our angels, Jay, Larissa, and Wyett Wallace were called home to heaven after the fatal New Mexico dust storm and fiery collision that claimed their lives. The love, the laughter, the compassion, the dedication, and the togetherness they shared as a family was truly amazing. Their family included not only kinfolk but a vast network of friends they considered their family. Jay ready to drive the quads in the desert and shoot guns, Larissa, known for her culinary skills and beautiful smile, ready to feed everyone, and Wyett ready for conversation and to play a game or two. They loved the outdoors, life, family, friends, freedom, and their country. All were happy, outspoken and ever ready to help their fellow man.
Larissa and Jay were married on September 20, 1997 and were soul mates. They had a wonderful marriage and still were in the newlywed phase that was admired and envied by many.
Jay Scott Wallace was born June 11, 1964 in Oneonta, New York, the son of Robert and Janice Wallace and was a graduate of Oneonta High School. His lifelong career was in the HVAC (heating, ventilation, & air conditioning) industry.
Larissa May Felicia Rogers Wallace was born on November 29, 1970 at Wooster Community Hospital to Stan Rogers and Carrie Moreland Hyder. She was a graduate of Wooster High School. Her first career was in the service industry but her major career was as a loving and dedicated wife and mother.
Wyett Guy Wallace was born on June 4, 2004 in Phoenix, Arizona to Jay and Larissa.   He was a blessing to us all and a sweet young boy. He excelled in school, received an award for reading the highest number of books in his entire school (K-8), maintained the honor roll throughout his education and he attended Morristown School, and was loved by all the teachers and students.
Surviving are Great Grandad Don Rogers, Grandpa Stan Rogers, Uncle Donnie (Sheryl) Rogers of Mandeville, LA, and Marty (Lein) Rogers of Washington, DC; mother, Carrie Moreland Hyder, sister, Erin Hill, nephew, Jacob Hill, nieces, Allyson and Emily Hill and Amanda Moreland  of Wooster, Hannah and Emma Wallace of Oneonta, NY, Dustin and Alexis Wallace of Florida, Pepper Wallace of WY, and nephews: Brice and Justin Wilson of Millersburg.  Brother; Barry (Cindy) Wallace of Oneonta, NY, Jeff (Julie) Wallace of Cheyenne, WY, sister, Beth (Steve) Schneider of Circle City, AZ, aunt Debbie Chitwood of Sarasota, FL, aunt Sharen (Rich) Brigham, aunt Connie (John) Trier of Wooster.  Uncles: Thomas and Raymond Moreland of Wooster.  and tons of cousins and friends. We know you are in God’s company but will still miss you!
Friends will be received on Tuesday, June 3, 2014 from 2:00  4:00 p.m. at the McIntire, Bradham & Sleek Funeral Home, 216 E. Larwill Street, Wooster followed by a memorial service at 4:00 p.m. with Pastor Eric Fairhurst officiating.   Services will also be held in Arizona at a later date.
Online condolences may be left for the family at www.mcintirebradhamsleek.com. 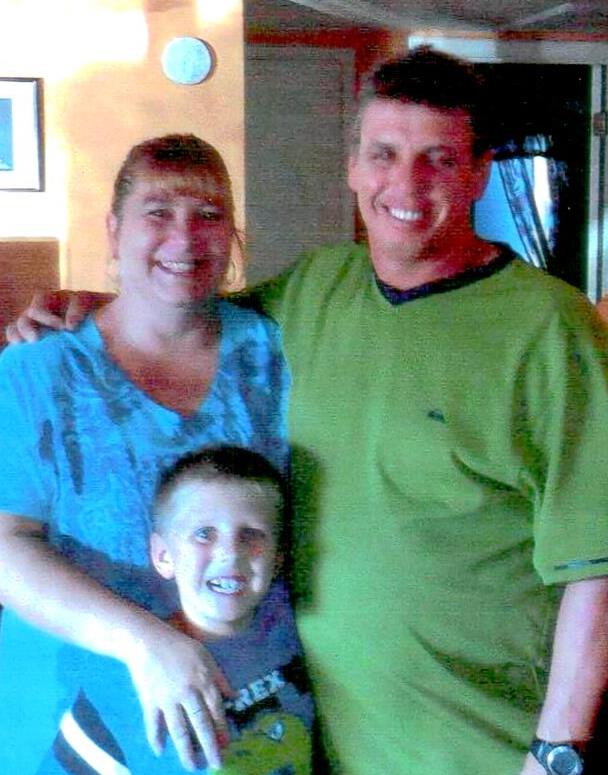