DETROIT – Margaret Louise Bryant, age 95, was born May 30, 1919, to James and Mable Dade in Circleville, Ohio.   She parted this life on July 20, 2014 in Detroit Michigan.
She was married to William Ward Bryant who preceded her in death in 1984.   She attended Circleville High School and relocated to Wooster. She retired from the Apple Creek Development Center as Food Service Manager after 30 years. Margaret was employed part-time at the Beulah Bechtel Dress Shop and later provided private tailoring, alterations and seamstress work from her home.
Margaret was a dedicated faithful member of Second Baptist Church of Wooster from age 19 until illness required her to relocate to Detroit, Michigan. Through the years spent at Second Baptist, she was President of: the Missionary Society, the Deaconess Board, Kitchen Ministry, and a member of the Senior Choir, Women s Fellowship and 100th year Anniversary Committee.   She was also a Sunday School Teacher and Youth Director. When her health allowed, she attended the Temple of Faith Baptist Church of Detroit, Michigan.
She is survived by her daughter Jacqueline Howard, of Detroit, MI Grandsons Brian Howard, Brent (Renee) Howard, all of Detroit MI, Brother James (Andrea) Dade, Jr. of Chandler, Arizona, and Sister-in-law Magaleen Bryant of Wooster. She was preceded in death by her husband, son Stephen Bryant, son-in-law Walter, 7 sisters and 3 brothers.
Margaret s Celebration of life will be held Friday, July 25, 2014 at 11:00 a.m. at Second Baptist Church Wooster, Ohio located at 245 South Grant Street, Wooster, Ohio officiated by Pastor Rickey Brown, Sr.   Interment will be held at Sherwood Memorial Gardens, Wooster, Ohio.   Friends will be received on Friday, July 25, 2014 from 10:00 a.m. – 11:00 a.m. at the Church.
In lieu of flowers, contributions may be made in Margaret Bryant s memory to the Second Baptist Church or the American Cancer Society, 525 N. Broad St., Canfield, OH 44406.
Online condolences may be left for the family at www.mcintirebradhamsleek.com. 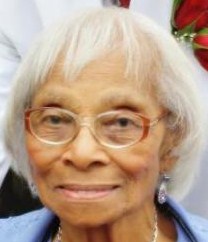