Together Again 
SHREVE – Evelyn I. Martin, Age 79 of CentervIlle Road, Shreve, Ohio, went to be with the Lord on July 30, 2014, after a brief illness, as her family was by her side at Canton Aultman Hospital.

She was born on September 10, 1934 in Wooster to Wilferd and Oneta (Riggs) Vansickle and was the oldest of three sisters, Mrs. Otis Kay (Shirley) Eason (Wooster) and Mrs. Clark (Patricia) Etzwiler (Shreve). She was a 1952 graduate of Shreve High School and married Kenneth W. Bill Martin on Feburary 6, 1953.
She was a life-long resident of Shreve where she raised their two boys, Kenneth L. Martin (Shreve) and James A. Martin. She had a passion for crocheting blankets, pot holders and doilies, and blessed many with her talent. She was a member of Ripley Church of Christ and Shreve Farmers Sportman s Club. She also enjoyed fishing, baking and spent much of her time at Odell’s Lake at her cabin.
Other survivors include, granddaughter Jennifer (Luke) Reynolds of Wooster, Tyler Martin of Shreve, Ben Martin of Shreve, great granddaughter Addison Reynolds, her beloved dog, Taffy and many loved ones of Glenmont, Killbuck, Millersburg, Shreve and Wooster.
She was preceded in death by her parents, husband, son James, great-granddaughter Kennedy and many other loved ones.
Friends will be received on Sunday, August 3, 2014 at McIntire, Bradham & Sleek Funeral Home, 216 E. Larwill St., Wooster from 3-6:00 p.m.
Evelyn’s celebration of life will be held on Monday, August 4, 2014 at 11:00 a.m. officiated by Pastor Thomas Benter. Interment will be held at the Oak Grove Cemetery.
Those who wish may make contributions to the Shreve Farmers Sportsman Club, 8430 Twp. Road 513, Shreve, OH 44676.
Yea, though I walk through the valley of the shadow of death, I will fear no evil; for thou art with me; Thy rod and thy staff, they comfort me. Psalm 23:4
Online condolences may be left for the family at www.mcintirebradhamsleek.com. 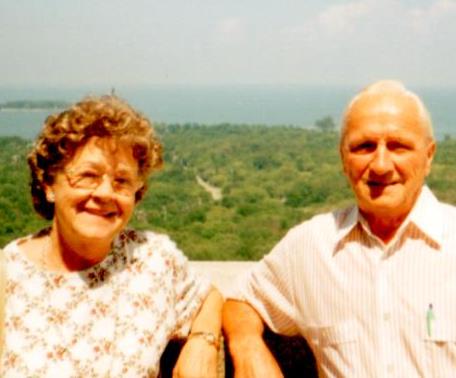