CANTON  James R. Wile, 84, of Canton passed away peacefully on Tuesday, November 11, 2014 at Mercy Medical Center in Canton after a short illness.
Cremation has taken place.   Burial of cremains will be held at a later date.   A memorial service for the family and friends will be held on Thursday, November 20, 2014 at 11:00 a.m. at the East Union Lutheran Church, 7063 E. Lincoln Way, Wooster with Pastor Rob Moskowitz officiating.   There will be no calling hours.
He was born August 18, 1930 in Wooster to John E. and Irene Geiselman Wile.   He married the former Joanne Morris on January 29, 1955.   She survives.
James was a 1948 graduate of Wooster High School and a U.S. Army veteran, serving from 1951-1953 in Japan during the Korean War.   He was a recipient of the United Nations and Korean ribbons and the National Defense ribbon.
He had worked at the Daily Record for over 46 years as an engraver and plate maker retiring in August 1994.   He had lived in Wooster until moving to Canton on July 4, 2013.
He was a member of the East Union Lutheran Church having served on the church council for 16 years, had been a Sunday school treasurer and was also the head usher for over 10 years.
Surviving in addition to his wife are: a daughter and son-in-law, Janet and Walter Gill; three grandchildren, Jeffrey, Kevin and Juliana Frances Gill all of Canton and a sister-in-law, Kaye Wile.
He was preceded in death by his parents, a stillborn son, Timothy Richard on May 15, 1957 and a brother, Don of Wooster in 2012.
In lieu of flowers, contributions may be made to the East Union Lutheran Church Building Fund, 7063 E. Lincoln Way, Wooster, OH 44691 or to the Wounded Warrior Project, PO 758517, Topeka, KS 66675.
Online condolences may be left for the family at www.mcintirebradhamsleek.com 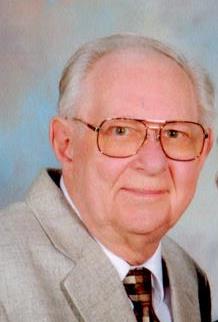