WOOSTER , OH  Craig A. Garrett, 54, of Wooster passed away Tuesday, November 25, 2014, at his home.
He was born February 25, 1960, the son of H. Franklin and Donna J. Kauffman Garrett.   He is survived by his wife, Patricia M. Wickham, whom he married on June 19, 1992, and a son, Logan, of the home.
Craig, a 1978 graduate of Triway High School, was a long-time farmer and was employed by Wayne County in the maintenance department.
He was a member of the Plain Lutheran Church, a member of the Wayne County Agricultural Society/Fair Board since 1988, a Plain Township Trustee, a past advisor for the Springville Cowpokes 4-H Club, a former coach of Triway youth football, Triway youth baseball, an Upward basketball coach, an avid fan and supporter of Triway athletics and the Cleveland Browns Dawg Pound.
Craig was a loving family man.   In addition, he was a dedicated and hardworking member of the community, always putting others before himself.   He especially enjoyed attending Logan s basketball and football games.
In addition to his wife and son, he is survived by his parents of Wooster, his siblings Lisa (Roger) Kamp of Wooster, Deb (Gary) Wengerd of Amherst and Beth (Paul) Murphy of Wooster; his mother-in-law, Betty Wickham, sisters-in-law Debra (Stu) Danals and Cherryl (Robert) Young, all of Loudonville; nieces Kirsten Wengerd, Stella Murphy, and Morgan Young and nephews Corey Wengerd, Brandon Danals, Brandt Danals, and Austin Young.
Craig was preceded in death by his grandparents, Walter and Lucille Kauffman, Howard F. Garrett and the Rev. Albert and Ella Garrett Henry, his father-in-law, Robert Wickham, and his uncle, DuWayne Kauffman.
Friends will be received on Sunday, November 30, 2014, from 1:00-3:00 pm and 6:00-8:00 pm at the Church of the Saviour, 480 Fry Road, Wooster, OH.
Services will be held on Monday, December 1, 2014 at 11:00 am at the Church of the Saviour with the Rev. Rob Moskowitz officiating.   Burial will follow in the Plain Cemetery at the intersection of State Route 95 and South Jefferson Road.
In lieu of flowers, those who wish may make contributions to Friends of the Fair, P.O. Box 3, Wooster, OH   44691 or to the Triway Athletic Boosters, 3205 Shreve Road, Wooster, OH   44691.
McIntire, Bradham, and Sleek Funeral Home, 216 East Larwill Street, Wooster, OH   44691 is assisting the family.
Online condolences may be left for the family at www.mcintirebradhamsleek.com. 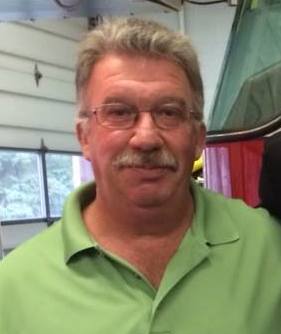