James R. (Hollister) Worthington, Sr., 75, of Wooster died Tuesday November 25, 2014 at Aultman Hospital in Canton.
He was born February 27, 1939 in new Castle, IN to Warren and Loueza Kain Worthington.   On December 23, 1967, he married Gwendolyn Lemar, who survives.
James had worked at Diebold for 27 years then retired from Maverick Innovative Solutions in 2007.   He had served in the National Guard out of the Shreve Branch.
Along with his wife, Gwendolyn, of Wooster, James is survived by his children James, Jr., of Florida and Brenda (Dick) Corbett of Wooster; grandchildren Ashley, Tyler, Sierra Worthington, Cody and Colton Corbett and a sister Penny Lowery of Sugar Tree Ridge, OH.
He was preceded in death by his parents and sisters Pam and Jackie.
There will be no services or calling hours.
McIntire, Bradham & Sleek Funeral Home, 216 E. Larwill St., Wooster is assisting the family.
Online condolences may be left for the family at www.mcintirebradhamsleek.com 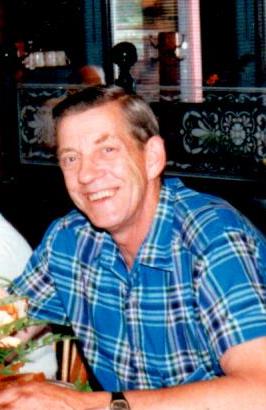