LIBERTY, KY  Mary Lou Franks, 76, of Liberty, Kentucky passed away on Friday, February 6, 2015 at her home.
She was born March 26, 1938 in Wooster, the daughter of Glenn T. and Lucile Feiber Aukerman.   She married Richard A. Franks on September 19, 1957.   He preceded her in death on January 27, 1990.
She retired from Peoples Federal Bank and had previously worked at Stypes Drug Store, Rubbermaid, the OARDC and the First Presbyterian Church.   She was a member of the First Church of God.   Mary Lou liked to crochet and loved spending time with her family, especially her grandchildren.
She is survived by her son (Richard A. (Rose) Franks, Jr.; grandchildren, Brandi Franks and Marylou Mae Franks; her siblings, Mike (Ruth) Aukerman and Karen (Lee) Fisher both of Wooster, Steve (Kathy) Aukerman of Ashford, Conn. and Marge (Jim) Lilley of Shreve; a brother-in-law, Dave Moore and sisters-in-law, Hazel (Walt) Perry and Peggy Aukerman all of Wooster and many nieces and nephews.
In addition to her husband, she was preceded in death by her parents and a brother Duane Aukerman.
Friends will be received 1 hour prior to the 1:00 p.m. service on Thursday, February 12 at the McIntire, Bradham & Sleek Funeral Home, 216 E. Larwill St., Wooster with the Rev. Ken Thomas officiating.   Burial will follow at Sherwood Memorial Gardens.
Those who wish may make contributions to the Alzheimer s Assoc., 70 W. Streetsboro St., Suite 201, Hudson, OH 44236.
Online condolences may be left for the family at www.mcintirebradhamsleek.com. 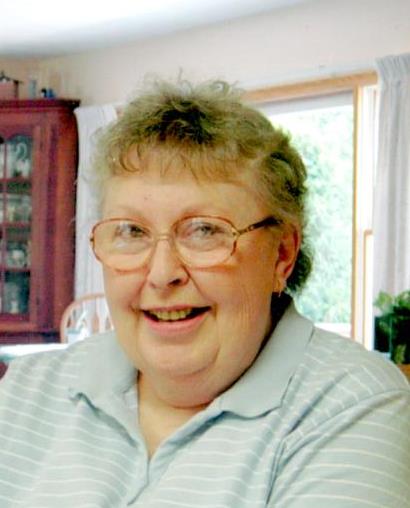