WOOSTER – W. S. (Bill) Miller, 87 of Wooster passed away Thursday, Feb. 12, 2015, at his home following a long period of declining health. He was born on April 17, 1927, to the late Boyd and Florence (Gill) Miller in Ashland, Ohio.
At the young age of 16, Bill’s father signed for Bill to join the Navy with the stipulation that he wouldn’t be sent overseas until his 18th birthday. On the day of his 18th birthday he found himself on the island of Guam and served the rest of his time with the Navy in the South Pacific Islands as a combat air crewman and a machine gunner. Bill has very proud of being a senior veteran.
Upon return to Ohio, Bill then finished high school and Ashland College. He spent most of his life in sales and marketing, working for the Pillsbury Company, 23 years with Cutter Laboratories, working in their Ashland and Columbus offices and later transferred to California where he was the Sales Manager. He also worked for International Chemical and Nuclear (ICN) in Maryland and from there was transferred to Atlanta Georgia where he retired.
In his retirement years he owned his own commercial real estate business and became a Licensed Local Pastor in the North Georgia Conference of the United Methodist Church where he served as Associate Pastor in Smyrna, Georgia, the Visitation Minister in Alpharetta, Georgia and Minister of Evangelism in Smyrna, Georgia.
Bill was a very active member of the Church of the Cross United Methodist Church, where he held most of the Administrative Board positions as well as starting and building the Bible 101 Sunday School class. He had taught Sunday school for over 60 years.
Bill loved to travel and one of the highlights of his life was to be able to go to the Holy Land two times. In addition, he was an avid boater and owned various boats during his lifetime.
Bill married the former Nancy Heiffner who survives him. Also surviving are two children, Penny (Jerry) Fishpawof Franklin, Tennessee, and Bill A. (Jenny) Miller of Ashland; seven grandchildren, Jennifer (Neil) McPherson, Matthew (Heather) Fishpaw, Jason (Amanda) Fishpaw, Amanda (Michael) Todd all of Tennessee; Drew (Cynthia) Miller, Erin (Justin) Chesser and Jacob Miller all of Georgia. Also surviving are 15 Great-granddaughters and 1 Great-grandson; three sisters, Dixie (Keith) Fisk, Rosie Thornhill, and Millie (Carl) Yacapraro all of Wooster; two sisters-in-law, Barbara Heiffner of Harshaw, Wisconsin, and Gloria (Jean) Carman of Ashland in addition to many nieces and nephews.
In addition to his parents, Billis preceded in death by his first wife, Phyllis (Wirkner) Miller, two brothers, Rodger Miller, David Miller, three sisters, Betty Hassinger, Dianna Watson and Suzanne Hamlin.
Funeral services will be held Monday, February 16, 2015 at  11:00 a.m.  at the Church of the Cross United Methodist on Cleveland Road with the Rev. David Klinsing officiating. Interment will follow in the Reedsburg Cemetery.
Friends may call Sunday, February 15, 2015 from 6-8:00 p.m. at the McIntire, Bradham Sleek Funeral Home, 216 E. Larwill St., Wooster.
The family would like to thank the staffs at West View Manor,  Trinity Home Health Care  and LifeCare Hospice for their compassionate care. Memorial contributions may be made to LifeCare Hospice of Wayne County, 1900 Akron Road, Wooster, Ohio 44691.
Online condolences may be left for the family at www.mcintirebradhamsleek.com
.

Service
Funeral Services will be held on Monday, February 16, 2015 at 1:00 p.m. at the Church of the Cross United Methodist on Cleveland Road 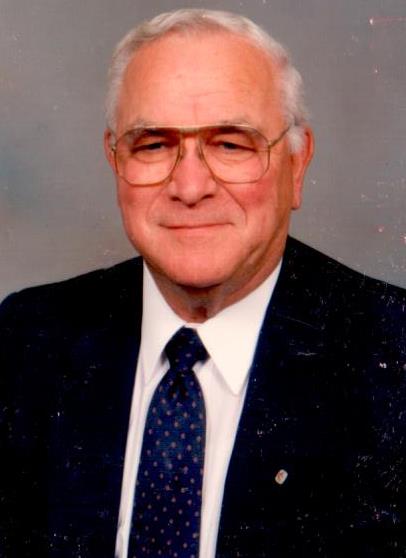