WOOSTER – Nancy Lee Hallstein passed away on Thursday, April 16, 2015. She was born on May 22, 1942, in Glendale, West Virginia, the daughter of Lawrence William and Margaret Ruth (Seal) Johnson.
Nancy grew up in Bethel Park, Pennsylvania, and graduated in 1960 from Bethel Park High School. She then attended Robert Morris Business College, where she completed a secretarial and office management degree. For a number of years she worked at the downtown Pittsburgh office of Mellon Bank and later became a rural mail carrier in Sewickley Borough. Nancy also worked independently as a gardener and landscaper. She enjoyed raising and showing Great Danes.
Nancy married Frederick Henry Hallstein, Jr., on November 10, 1986. After retiring, they enjoyed traveling, going to Canada and Holland and taking a weeklong float trip through the Grand Canyon. In   2001, they moved from Sewickley to Carolina Shores, North Carolina, where they enjoyed working in their yard and going to the beach to walk, read, and fly kites. After Fred died in 2002, Nancy maintained their home there and made many friends.
On July 11, 2014, Nancy moved to Wooster due to failing health. Nonetheless, she continued to enjoy reading, gardening, and working on counted cross-stitch designs. At Christmas, she was able to set up a miniature village display and decorate two trees. For the first time in many years, she was unable to build a model train platform.
Surviving Nancy are a sister, Barbara (Ronald) Hustwit of Wooster, a brother, Roger (Ann) Johnson of Kensington, Maryland, and six nieces and nephews:   Paul Johnson (Winnemucca, NV), Amy (James) Burger (Charlotte, NC), Holly Hustwit Tate (Wooster), Major Ronald (Heather) Hustwit (Stuttgart, Germany), Will Hustwit (Birmingham, AL), Diana (Daniel) Gallante (Baltimore, MD), and Karin Johnson (Arlington, VA). She is also survived by three great-nieces and two great-nephews.
Many thanks are extended to the following Wooster residents who made her brief stay here feel like home: Carol Stewart, Laverne VanBergen, Shirley Teckman, Laquinta Jefferson, Sharon Tylka, Annette Simon, Dr. Tai Chi Kwok, and LifeCare Hospice.
In lieu of flowers, donations may be made in Nancy s name to HOLLY House Inc., located at 217 East Larwill Street   in Wooster, OH 44691.
There will be no services. McIntire, Bradham, and Sleek are handling the arrangements. Nancy s ashes will be scattered with those of her husband at a later date.
Online condolences may be left for the family at www.mcintirebradhamsleek.com. 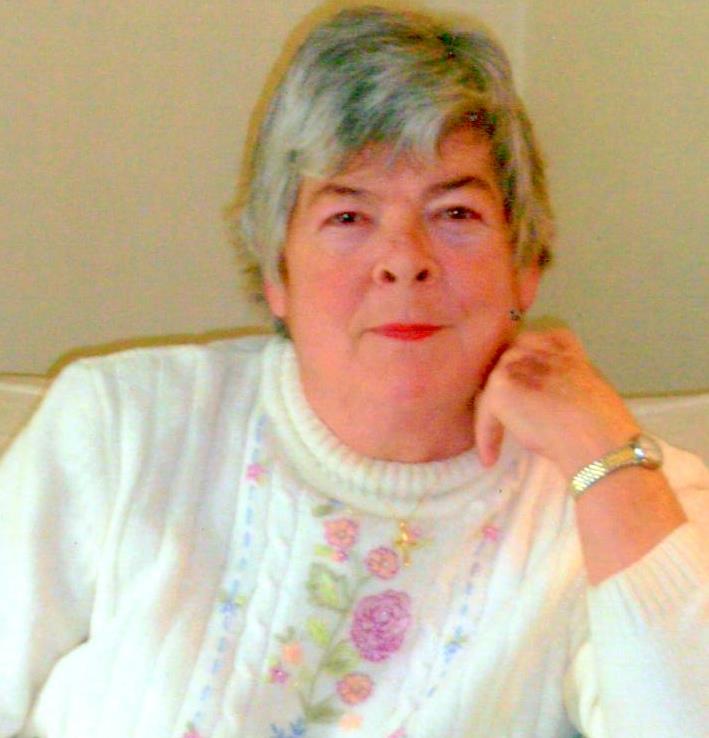