WOOSTER  Timothy S. Pearce, 44, of Wooster passed away on Saturday, May 16, 2015 at his home.
He was born April 3, 1971 in Wooster, the son of James W. and Maxine Bower Pearce.   He married Holly Bennett on October 20, 2001.   She survives.
Tim was a 1989 graduate of Wooster High School, a 2005 graduate of Ashland University with a Bachelor of Education degree and a 2010 graduate of Walden University with a Master of Education degree.   He had been a teacher at Ashland Middle School since 2013 and at Bragdon Middle School in Dudley, NC for 6 years.   He had also worked part-time in maintenance at Brookdale Assisted Living.
Tim enjoyed truck and tractor pulls, working at Wayne Co. Fair, doing mechanical work, driving dump trucks and helping neighbors.
In addition to his wife he is survived by his father of Wooster; daughters, Gwendolyn Rose Maxine Pearce and Amelia Nicole Pearce both of the home; a brother, Brian (Dorothy) Pearce of Smithville; his mother-in-law, Annie Goch of Killbuck and many nieces, nephews and cousins.
He was preceded in death by his mother on January 20, 2007.
Friends will be received at the McIntire, Bradham & Sleek Funeral Home, 216 E. Larwill St., Wooster on Thursday, May 21, 2015 from 5-8 p.m.
Funeral services will be held on Friday, May 22, 2015 at 11:00 a.m. at the funeral home  with Rev. Larry Hasemeyer and Rev. Art Carr officiating.   Burial will follow in the Reedsburg Cemetery.
Those who wish may make contributions to the funeral home to help with expenses.
Online condolences may be left for the family at www.mcintirebradhamsleek.com. 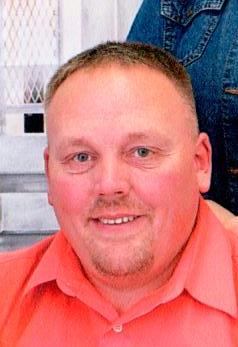