Haymond Robert Tanner, Jr., 60, of Dalton died Sunday September 13, 2015 at the Cleveland Clinic.
He was born July 26, 1955 in Massillon, but grew up in West Virginia, to Haymond Sr. and Estella Sampson Tanner.   On June 19, 2004 he married Lourdes Luque.   She survives.
He grew up in West Virginia and moved to the Massillon/Dalton area in 1980.   Haymond retired from the Apple Creek Development Center.   Haymond attended the Grace Cathedral.   He liked to collect guns and target shoot in Mt. Eaton.   He loved his dog Johnny, his cat Boo Boo and politics.   Haymond loved to spend time at home repairing things, mowing the grass, antique cars especially from the 40s and 50s and western movies.   He was an opinionated man.   He helped his wife go through school.
Along with his wife, Haymond is survived by his daughter Tiffany (Michael) Borne of Colorado; siblings Deloris Curtiss and Donzil Tanner both of Massillon and Rosalie Abbott of Wooster.
He was preceded in death by his parents.
Services will be held at a later date.
McIntire, Bradham & Sleek Funeral Home, 216 E. Larwill St., Wooster is assisting the family.
Condolences may be left for the family at www.mcintirebradhamsleek.com 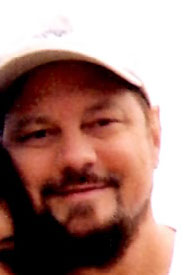