William M. Rawson, 93, of Wooster died Monday October 5, 2015 at LifeCare Hospice.
He was born September 7, 1922 in Wood County, W.VA., son of William McKinley Sr., and Myrtle Caplinger Rawson.   On December 28, 1950, he married Elsie M. Courtney.   She preceded him in death on August 24, 2012.
William served his country in the U.S. Army during World War II and retired from International Paper.
He was a generous person, good listener, good neighbor, also known as Pops to the neighborhood, and shared everything he had with others.   He was the best husband, father and grandfather anyone could ask for.   He enjoyed spending time with his children and grandchildren and was very active in their lives.   He enjoyed painting and woodworking, including making toy chests for the family.    Most of all, he will be remembered as a devoted husband, father and grandfather who deeply loved and cared for his family.   He will be greatly missed.
He is survived by his daughter, Brenda and Rodney Young, son, Dennis Rawson and daughter, Angie Payne all of Wooster; grandchildren Latashia and Brandon Heffelfinger, Tyler and Brittany Payne, Abigail Payne and William Rawson and a great granddaughter Annabella Payne.
Along with his wife, William was preceded in death by his parents, brothers Robert, Howard, Bernard and Burl and a sister Beulah Smith.
Friends will be received on Thursday, October 8, 2015 from 11:30 a.m. to 12:30 p.m. at McIntire, Bradham & Sleek Funeral Home, 216 E. Larwill St., Wooster.   Graveside services will follow at 1:30 p .m. at The Ohio Western Reserve National Cemetery in Rittman.
Online condolences may be left for the family at www.mcintirebradhamsleek.com

Service
Graveside services  will be held on Thursday at 1:30 p .m. at The Ohio Western Reserve National Cemetery in Rittman. 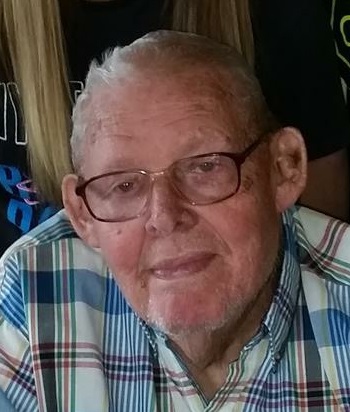