Jeanne Heise Adams, 86, of Wooster died Sunday December 13, 2015 at West View Healthy Living.
Jeanne  was born May 15, 1929 in Wooster, Ohio. She was the daughter of Harvey H. Heise and Helen Heise (nee Stout). She graduated from Wooster High School, Ward Belmont Jr College (Belmont University) and Radcliffe College. She was one of the first women to earn a Harvard degree in conjunction with her Radcliffe degree. Jeanne was a lifelong Wooster resident and the product of several generations of Wayne County families.
She was the first woman elected to Wooster City Council, first woman New York Life Insurance Salesman, served as Vice President of Wooster American Association of University Women, twice as President of League of Women Voters, Campaign Chairman and board Member of Wooster United Way. Jeanne was a founding member of Wayne County Center for the Arts and past President of the Board.   She was a longtime supporter of Wayne County Humane Society. Jeanne held positions in the Children s Department of Taylor Memorial Library in Cuyahoga Falls. She worked at Astro Metallurgical, which was founded by her first husband, Edward R. Funk, and the brokerage firm of Ball, Burge and Kraus. She held a private pilot s license which she earned in 1966. She was an elder of the First Presbyterian Church and served as a deacon.
She is a member of Colony Club, Wooster Women s Service and Travelers Club. She shares her daughter s love of horses, enjoyed reading, and in her later years became an avid world traveler.
She is preceded in death by her parents and her second husband and soul mate, David W. Adams. She is survived by her son Dr. Daniel A Funk, Daughter Laura Shunk, four grandchildren and one great grandchild and a sister, Ann (Earl) Shaw of Westfield Center.  She is also survived by a step daughter, Donna Kortlever and step grandson David W. Adams and many nieces and nephews.
Those who knew her had no doubt that her intellect was a match for any person and she never lost a debate. She cared for strays and was a champion of those in need. Jeanne was always passionate that women had the same rights and capabilities as men. Her legacy lives on in the generation that now assumes there is no job or profession that cannot be performed by either gender.
A Memorial Service will be held Sunday, May 1, 2016 at 1:30 p.m. at the First Presbyterian Church, 621 College Ave., Wooster.   A light luncheon and reception will follow in Bruch Hall.
McIntire, Bradham & Sleek Funeral Home, 216 E. Larwill St. is assisting the family.
Online condolences may be left for the family at www.mcintirebradhamsleek.com

Service
A Memorial Service will be held at a later date. 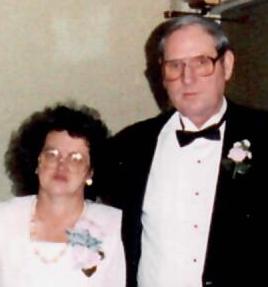