WOOSTER – Carol Ann Snyder Martin went to her heavenly reward April 4, 2016 at her home on Friendsville, Road Wooster, Ohio.
She was born Dec. 10, 1936 in Wooster to Joel and Mildred Carmony Snyder. Carolwas united in marriage Aug 13, 1955 to her best friend John Martin of Wooster, a marriage thatwould last over 60 years. Carol graduated from Wooster High School in 1954 and immediately wentto work for Bauer Ladder Co. in Wooster. In April 1956 Carol moved to Ft. Bragg, NC to be with Johnwhile he served in the US Army. Upon completion of John s Army service they moved back to theMartin family farm on Friendsville Rd, Wooster Ohio. It was there that she would reside for the rest ofher life with the exception of two short periods at Army posts while John was attending school.Carol and her husband were blessed with three sons, John L. Michael E. and Stephen E.
After the children were older, Carol returned to work, first at Freedlander s part time for a few years,then she accepted a full-time position at Bell & Howell Micro Photo. She retired in March 2000 after27 years of service as a Customer Service Representative. In addition to her full time employment, shemanaged a household, was driver for children and grandchildren’s activities, running errands for thefarm and yet had time for helping others at a moment s notice.
In November 2006 while attending her grandson s wedding in California, Carol became ill. Uponreturning home it was discovered that she had a brain tumor for which she received treatment atCleveland Clinic. Her prognosis had the tumor returning in one year but that was not the case.However in the nine plus years that followed she was stricken with several other diseases includingPoly Myalgia, Lymphoma, 3 mini strokes and a broken hip,
Beside her family, Carol’s greatest passion was traveling. During her life she and her husband visited 49states and camped in 48. Foreign Countries visited were all of Canada, except Labrador, West andEast Germany, Ireland, England, Austria, France, Italy, Switzerland and Mexico. A two month motorhome trip to Alaska was taken to celebrate her retirement. To celebrate 50 years of marriage, a visitto China was made. After retirement, snow birding to Florida or Arizona became a favorite way tospend the winter. One of Carol s most exciting events was meeting and speaking with QueenElizabeth during a Garden party in the Queen s honor at Old Fort York in Toronto.
Carol was a lifelong member of Wayne Presbyterian Church. Early in her life she taught a Sundayschool class for young children. She also served 2 terms as Church Deacon. An active Eastern Starmember Carol was Worthy Matron of Wooster Chapter Order of Eastern Star five times. In 1985Carol was appointed Deputy Grand Matron for district 4 OES. She continued being active in OES untilher health prevented her doing so. For her years of active service she was given a Life membership inOES. After retirement Carol became a Wooster Hospital ladies Aux. member until her illnessprevented her from continuing. Other organizations she belonged to were Arema Club and FarmCouncil NE# 11.
Carol is survived by her Husband of 60 years, Sons John L. (Cris) Martin of Westerville, Steve E. (Kathy)Martin of Wooster, Grandchildren Ian (Mara) Martin of Ridgefield, Conn., Jonathon (Aileen) Martinof Eastvale ,Ca. and Caitlin R. Martin of Bradenton, Fl; step-grandsons, John and Eric Swanson of Westerville.    She also has five Great Grandchildren. Alsosurviving are a sister Jean Snyder Roenigk of College Station, TX and a Sister in Law Martha Snyder ofWooster.
Preceding her in death in addition to her parents were an infant child, Son Michael E. Martin,Brothers David and Willard Snyder and a sister Ruth Snyder Powers
The Family wishes to thank the following; Kelton Bair for the his many visits these past 9 years, TheNurses, Aides and Chaplin s of Hospice for the care they gave Carol.   Special thanks to ThedaChamberlin, Amanda Beck, Peggy Martin, and Karen Collins who so lovingly cared for Carol during heryears of illness. And the support and visits of our Pastor, Rev. Bob Meyer.
Visiting hours will be on Saturday, April 9, 2016 from 3-7:00 p.m. at McIntire, Bradham & Sleek Funeral Home, 216 E. Larwill St., Wooster with an Eastern Star Service starting at 7:00 PM

Funeral services will held at The Wayne Presbyterian Church 7152 Burbank Rd. Wooster Sunday  April 10, 2016 at 2:00 p.m. and burial will be in the family plot at the Church
The family desires that in lieu of flowers, gifts may be made to the Wayne Presbyterian Church BuildingFund or LifeCare Hospice, 1900 Akron Road, Wooster, Oh 44691.
Online condolences may be left for the family at www.mcintirebradhamsleek.com 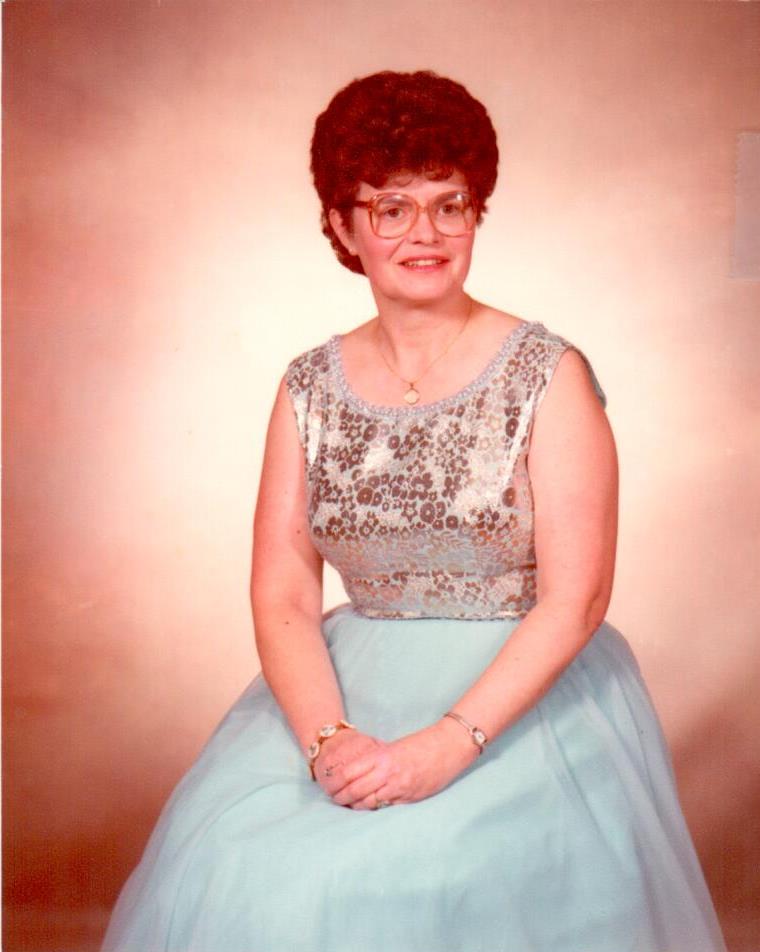