Mary Harriet Chapman Baird of Wooster passed away on April 4, 2016, at 93.   Mary approached all she did in life with kindness, humor, intelligence, grace, and a leavening sense of adventure.
Mary was born in 1922 in Karuizawa, Japan, to Ernest and Katherine Chapman, Presbyterian Missionaries.   She grew up in the town of Shingu, with her sisters, Betty and Ernestine.   She was taught by her mother until the age of 13, when she traveled to Pyengyang, Korea, to attend the Pyongyang Foreign School.   After graduating in 1940, she returned to the United States to enroll at the University of California at Berkeley.   Mary graduated in 1944 with a degree in Oriental Languages and Far Eastern Studies.   During school, Mary also taught Japanese as a teaching assistant and assisted the war effort by teaching Japanese to the Army Signal Corps.
After graduation, Mary attended the San Francisco Theological Seminary and worked in the Seminary President s office.   While there, Mary met and married, J. Arthur Baird.   She received her Master s in Divinity in 1948, and in 1949 accompanied Arthur to Edinburgh, Scotland, where he was studying for his PhD.   They both served there at the Corstorphine Old Parish Church.
Mary had shown a taste for adventure at a young age, climbing Mt. Fuji twice during her youth in Japan.   In 1951, Mary and Arthur travelled the nearly 10,000 miles from Edinburgh to Jerusalem; a trip that took almost four months by motorcycle, spanning nations still devastated by World War II.   Their time in Jerusalem led directly to the Study Travel Seminars in Israel and the West Bank offered to students at the College of Wooster every fourth year from 1970 to 1983.   Mary and Arthur, with their sons, Andrew and Paul, also spent 1978-9 at the Ecumenical Institute for Advanced Theological Studies in Jerusalem, and led two College of Wooster Alumni tours of Israel.
In 1952, having returned from Scotland, Mary and Arthur were called to a church in Bernie, California.   In 1954 Mary and Arthur came to the The College of Wooster, where Arthur taught for 32 years.   During those years, Mary held positions as Assistant to the College Pastor, Acting Dean of Women (during which time she became known at The Great Liberator  when she raised the Freshman women s curfew from 8:00 pm to 11:00 pm), and adjunct Professor of Japanese.   One of Mary s greatest services to the College community was to be host and surrogate mother for countless hundreds of College of Wooster students.
For more than twenty summers, Mary perfected the art of life aboard a sailboat  as she managed two growing boys, and often a dog, cruising the East Coast, and most particularly, the Maine coast.   The home away from home was a 30-foot sailboat, built by Arthur.
Mary was a member of Westminster Presbyterian Church for more than 60 years, where she advised the youth fellowship, taught Sunday school, was an elder, president of the women s association, and served on the board of trustees.   Mary was an active member of PEO and the Thursday Club, where she was known for regaling her fellow members with stories as well as insightful writing about a number of current topics.
Mary is survived by her two sons, Andrew and Paul, Andrew s wife, Whitney, and two children, Susannah and Graham, and Paul s fiancÃ©e, Tracie Goin, and his daughter, Lauren.   She is also survived by her sisters, Betty Sterns and Ernestine Hoyt.
A Memorial Service will be held on Saturday, April 30, 2016 at 2:00 PM at Westminster Presbyterian Church, 353 E. Pine St., Wooster.   A reception will follow.
Gifts in her remembrance can be made in her name to the Westminster Presbyterian Church, 353 E. Pine St., Wooster, OH 44691 to support its ministry to youth and the College community, or to LifeCare Hospice 1900 Akron Rd., Wooster, OH 44691.
McIntire, Bradham & Sleek Funeral Home, 216 E. Larwill St., Wooster is assisting the family.
Online condolences may be left for the family at www.mcintirebradhamsleek.com

Memorial Contributions
Gifts in her remembrance can be made in her name to the Westminster Presbyterian Church, 353 E. Pine St., Wooster, OH 44691 to support its ministry to youth and the College community, or to LifeCare Hospice 1900 Akron Rd., Wooster, OH 44691 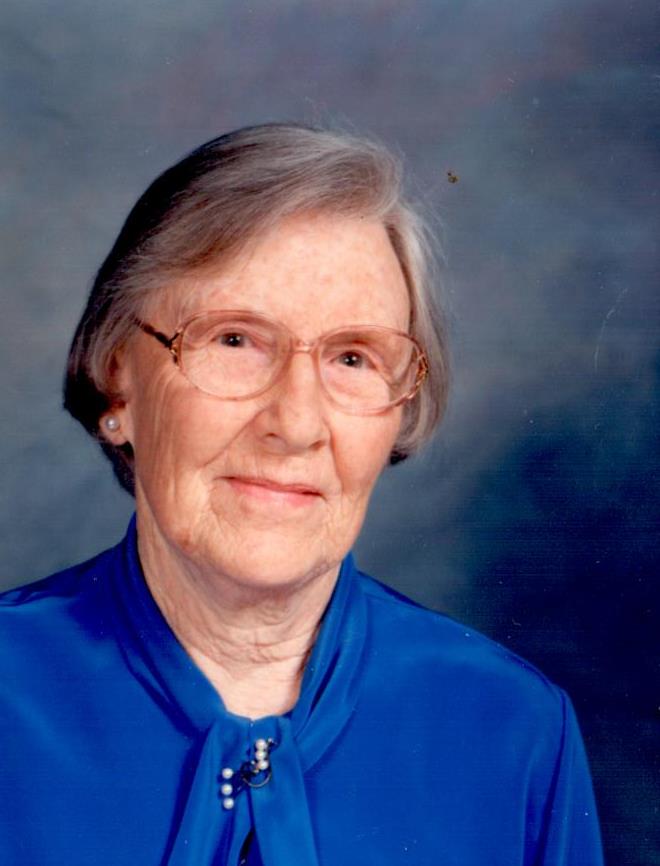