WOOSTER – Roger DeWayne Pyers, 78, of Wooster, OH, passed away May 23, 2016 at his home.
He was born May 24, 1937 in Wooster, OH, son of Albert D and Margaret Grosjean Pyers.
He had been a forklift driver at the Gerstenslager Co. and had worked for Diebold.   Served his country with the U.S. Navy.   He was an avid fan of all Cleveland sports and Ohio State.
Surviving are children, Roger DeWayne(Ada) Pyers, Il of Wooster andJulie Walters of Essex, Maryland, grandchildren, Shawn, Timothy, Jamie, Justin, Amanda and Anna, great-grandchildren Elise, Ginger, Kevin, Jack, Silvia and Theresa Lynn a brother, Robert G Pyers of Lake Alfred, FL, a sister, Margaret Peggy Vizzo of Wooster; a niece and 2 nephews, 3 great nephews and a great great nephew.
Roger was preceded in death by his parents.
Services will be held at a later date.
Memorial contributions may be made to the American Heart Association, 15120 Collections Ctr. Dr., (15120=Lbx#), Chicago, IL 60693.
Arrangements are being handled by the McIntire, Bradham & Sleek Funeral Home.
Online condolences may be made at www.mcintirebradhamsleek.com. 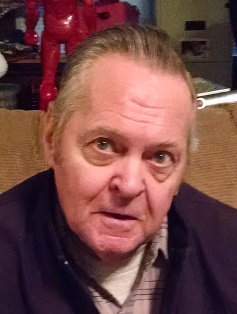