WOOSTER  Albert Spector, 91, of Wooster passed away on Thursday, June 16, 2016 at LifeCare Hospice in Wooster.
He was born, July 11, 1924 in Youngstown, the son of Michael and Sonia Cohen Spector.   He married Rosalyn L. Nobil on July 3, 1949.   She preceded him in death in 2001.
Living in Youngstown during the depression, Albert witnessed his father provide a home and provisions for 11 relatives.   Albert took every opportunity to let his family know that no matter the impoverished nature of the family, his father made sure they never missed a meal .   The impact of his Youngstown years led to Albert s strong sense of responsibility to his family, immediate and extended, his community, his Jewish faith and his country.
Albert moved to Mt. Eaton for his high school years where he was a proud member of its varsity basketball team that had lost 100 games in a row, until winning on its 101st try when Albert was a senior on the team.   We don t know how many points he scored.
In 1943, Albert went to war as an Army combat medic, 89th division.   He attended to the wounded in the Battle of the Bulge, and his unit was the first American unit to come upon a Nazi death camp Ohrdruf in April 1945.   The horror he observed of recently machine gunned prisoners was something he did not speak of until into his 70 s.   A picture of Generals Eisenhower, Patton and Bradley surveying the gunned down bodies is hung in the Washington Holocaust Museum.   Albert was standing next to the photographer when the picture was taken.
He returned to Mt. Eaton and married Roz Nobil in 1949 and they made Wooster their home for 67 years.   He was a member of the Knesseth Israel Temple, on the boards of Wooster Community Hospital and Apple Creek Bank.
After the war, he joined his father s business, Spector Stores, and over the years expanded it to 6 stores.   The stores remain in the family under ownership of his daughter, Susan.   Albert purchased the Sugarcreek Budget Newspaper in 1983 and this 125 year old newspaper remains owned by the Spector family.   Albert s entire business life was involved with the Amish and Mennonite communities, many members of which he became good friends.   He developed a great respect for the Plain Communities and their way of life and care of family.
Albert and Roz made their home in Wooster for more than 66 years.   Upon retirement they spent winters in Longboat Key, Florida and Albert several years ago, returned permanently to Wooster, the city he loved.
He is survived by his children, Debra (Peter) Kloosterman of Bloomington, Indiana, David (Cheri) Spector of Wooster, Sonia (Aaron) Cohen of Evanston, Illinois and Susan (Ted Dick) Spector of Cleveland Heights; grandchildren, Jenna, Andrew and Jeffrey Kloosterman, Samantha, Alexandra, Sarah and Noah Spector, Jesse and Rachel Cohen and  Joshua Senger; sisters-in-law, Florence Shapiro and Mona Nobil.
In addition to his wife, he was preceded by his parents, a grandson, Joseph Senger and sisters, Becky Levine and Ruth Lissauer.
A graveside service will be held on Friday, June 17, 2016 at 11:00 a.m. the Wooster Cemetery with Cantor Beth Friedman-Romell officiating.
McIntire, Bradham & Sleek Funeral Home, 216 E. Larwill St., Wooster is assisting the family.
Those who wish may make contributions to People to People Ministries, 454 E. Bowman St., Wooster, OH 44691, or to the Mt. Eaton Care Center, PO Box 177, Mt. Eaton, OH 44659.
The family thanks many in the Wooster Community for their support and the nursing staff at Danbury Woods.   Their care gave the family great peace.
Online condolences may be left for the family at www.mcintirebradhamsleek.com. 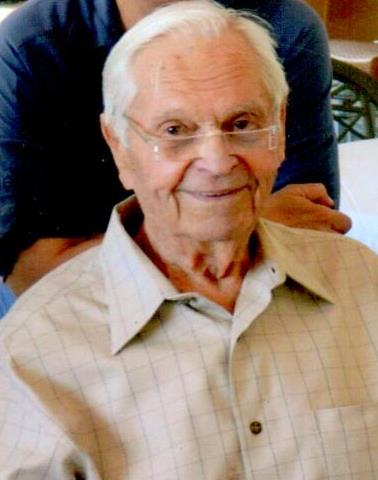