EVANSTON, ILLINOIS – Longtime Wooster resident Jean D. Tarnacki, 89, died September 22, 2016.
For the past three weeks she had been receiving hospice services at Three Crowns Park, the memory-care residence where she lived since 2014 near the home of her eldest daughter in Evanston, IL.
Jean was born June 4, 1927, the daughter of Gertrude V. (O Connor) and Edmund Ambrose Donegan, in New Brunswick, N.J., where her father operated a tire store and her mother was a telephone operator and homemaker. Together her parents raised four daughters and a son. Jean was second-oldest of her siblings and active many years in the Girl Scouts.
After graduating from New Brunswick High School in 1945 she completed nurses  training at St. Peter s School of Nursing in New Brunswick in 1948, becoming a Registered Nurse and earning among the state s highest board scores in several subjects. After special training in New York she returned to Saint Peter s Hospital where she was head nurse of the emergency room and clinic for three years.
On June 30, 1951 in New Brunswick, Jean married Walter J. Tarnacki, who died in 2009. They were married 58 years. As newlyweds they moved to Baltimore, MD, where Jean was a county public health nurse while her husband began an engineering and manufacturing career. His work brought them in 1958 to Orrville and in 1960 to Wooster, where they raised their family on Ashwood Drive., Jean volunteered over many years in Wooster for Red Cross Blood drives.
Jean is survived by two daughters, Claire Tarnacki (Rob Sernus) of Evanston, IL, Anne Baker (Maurice) of Freehold, N.J., a son, Mark Tarnacki of Burlington, VT; two sisters, Ruth Meaney of Brielle, NJ, and Patricia A. Donegan of New York City; two granddaughters, Caroline Hill of Colorado and Ellen Hill of Chicago (who presently teaches English in Thailand); step-grandsons Anthony and Michael Sernus; and also many nieces, nephews, cousins, her sister-in-law Florence Tarnacki and her former son-in-law Jim Hill.
Predeceasing Jean in addition to her parents and husband were a sister, Jane Loftus, a brother, Ambrose Donegan, his wife, Patricia S. Donegan, and brothers-in-law Donald Meaney, Vincent Loftus and John Tarnacki.
Jean was an active member of St. Mary Catholic Church in Wooster since 1960, a regular at its senior brunch, and a longtime member of the Wooster Women s Club. She was involved in many aspects of the Wooster community, with abundant friends who appreciated her wit and easy humor, gentle good nature, generous spirit and embrace of simple beauty wherever she found it.
She and her family valued and enjoyed Jean s fine caregivers and friends for the past two years at Three Crowns Park, and before that as her health was diminishing, in Wooster: longtime friends Mose and the late Betty Yoder of Fredericksburg and Wooster neighbors Linda Phelps, Ron and Kay Powers and the John Keating family.
A funeral Mass will be held Tuesday at Saint Mary Catholic Church, 527 Beall Ave., Wooster at  10 a.m. with the Rev. Stephen Moran as celebrant..   Burial will be in St. Mary Cemetery.  Friends will be received at the McIntire, Bradham and Sleek Funeral Home, 216 E. Larwill St., Wooster  from 6-8:00 p.m. on Monday, September 26, 2016.
Memorial gifts may be made to St. Mary Catholic Church, 527 Beall Ave., Wooster; OH 44691; People to People Ministries, 454 E. Bowman St, Wooster, OH 44691 (or via website); Three Crowns Foundation, Employee Scholarship Fund at 2323 McDaniel Avenue, Evanston, IL   60201-2570 ; or, the Vi Startzman Clinic, 1874 Cleveland Road, Wooster, OH 44691.
Online condolences may be left for the family at www.mcintirebradhamsleek.com. 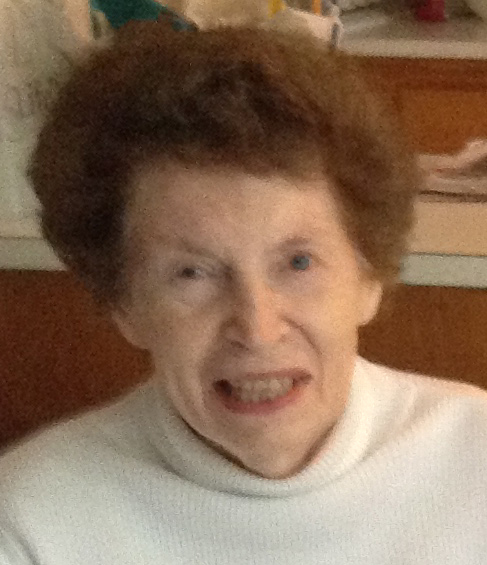