WOOSTER -Dean Davis passed away at home surrounded by family on September 27, 2016.
He was born in Wayne County on July 6, 1934 to Wesley and Thelma Swart Davis. He married Martha Gordon on March 13, 1955. They have three children. John (Beth) Scott (Diane) Davis and Nancy (Randy) Duncan. He has 4 grandchildren and 10 great-grandchildren Tom (Rachelle) Davis and their children Austin, Tyler, and Kaylee. Tim (Lisa) Davis and their children Elijah, Christian and Liam. Amy (Chad) Wolf and their children Keenan, Lucas, Delaney and Cooper. Also, Matt (Carlee) Duncan. Step-Grandchildren children Michelle (Todd) Thompson and their children Tyler and Chellsie (Nathan) and Carter. Mandy Harold and her daughter Carissa. Dean has four sisters; Gail (Donnie) Riggenbach, Treva (Stan) Becker, Bonnie Slicker and Marilyn Hoffer. Also, a brother-in-law and his wife; Bill (Mary) Gordon.
Following his graduation from Shreve High School on 1952, he served in the U.S. Navyfrom 1956-1957. After his discharge from the Navy he began his farming career at LogilFarm in Wooster. He then worked at Miller Supply before starting his own businessesDavis Frac Tank and Green Gas Co. He also started Starmark Farm along with his family.
Dean was an owner of Standardbred horses and loved harness racing. He was inductedinto Northfield Owners Hall of Fame. He received the Dr. John D. Stevens HumanitarianAward from OHHA. Dean was a good friend to many people and a devoted husband,father and grandfather. He loved watching his grandchildren and great-grandchildren playsports. He was a supporter and fan of all Wayne County Sports. He loved the College ofWooster basketball and softball and a huge Ohio State Buckeyes football fan.
He was a member of the Ohio Holstein Association, Ohio Farm Bureau, Ohio HarnessHorseman Association and Zion Lutheran Church.
He was preceded in death by his parents, in- laws Ed and Dorothy Gordon and brothers-in-law Harrold Hoffer, Newt Greegor and Clete Slicker.
Friends will be received following the memorial service.
A memorial service will be held on Friday, September 30, 2016 at 11:00 a.m. at the Zion Lutheran Church, 301 N. Market St., Wooster with the Rev. Ann Paynter officiating.   Private family burial will be held.
McIntire, Bradham & Sleek Funeral Home, 216 E. Larwill St., Wooster is assisting the family.
In lieu of flowers; donations can be made to Life Care Hospice or Zion Luthern Church in Wooster.
Online condolences may be left for the family at www.mcintirebradhamsleek.com. 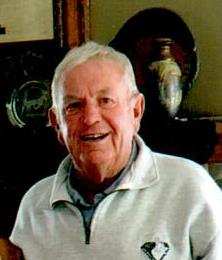