Wooster  Vaughn L. Black, 68, of Wooster passed away on Monday, October 10, 2016 at his home after a 7-1/2 year battle with Mantle Cell Lymphoma.
He was born October 13, 1947 in Cleveland, the son on Elmer and Evelyn Gute Black.   He married Mary Grayson on November 8, 1969.   She survives.
He had worked for United Telephone Company in various capacities for 42 years.   Vaughn attended the Parkview Church of Christ.   He had served as president/vice president of the Local Telephone Union, was a member of the Gnat Boxers Square Dance Club, enjoyed playing cards, watching old westerns, attending his children s and grandchildren s activities over the years, camping and family vacations.
He proudly served his country with the US Army.
In addition to his wife, he is survived by his children, Tiffany Black-Howard of Wooster and Brian Black of Newark; grandchildren, Lance CpL. Layne Szymanski, Shelby Black, Hannah Howard and Eric Black; a brother, Armond (Judy) Black of Shreve.
He was preceded in death by his parents and brothers, Wayne, Merle and Wendell Black.
Friends will be received at the McIntire, Bradham & Sleek Funeral Home, 216 E. Larwill St., Wooster on Sunday evening, October 16, 2016 from 6-8:00 p.m.
Funeral services will be held Monday, October 17, 2016 at 12:30 p.m. at the funeral home with the Rev. Brian White officiating.   Burial will be at the Ohio Western Reserve National Cemetery, Seville at 2:30 p.m.
Those who wish may make memorial contributions to Parkview Christian Church, 1912 Burbank Rd., Wooster, OH 44691 or to LifeCare Hospice, 1900 Akron Rd., Wooster, OH 44691.
The family would like to thank Dr. Paul Masci and his staff and LifeCare Hospice for their treatment, care and compassion for Vaughn over the last years and months.
Online condolences may be left for the family at www.mcintirebradhamsleek.com. 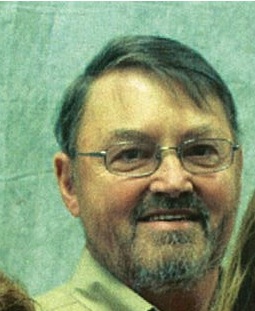