WOOSTER  Mary Jane Meredith, 75, of Wooster passed away on Monday, October 17, 2016 at Ohio Health MedCentral Hospital in Mansfield.
She was born December 22, 1940 in Mahomet, the daughter of Raymond and Kathryn Foster Brewer.   She married Jack L. Meredith, Sr. on May 29, 1959.   He preceded her in death on July 14, 2008.
Mary worked at Hudson s Sewing Center for over 20 years and had worked at Banc One in Wooster and then retired from Wayne Siding.   She was a member of the Gnat Boxers Square Dance Club, she enjoyed crafts and sewing and was an avid sports fan.   She was a member of the Lighthouse Christian Church.
She is survived by her children, Jackie L. Meredith, Jr. of Mansfield, Steve Meredith of Wooster, Stephanie (Nona Savino) Meredith of Minneapolis and Amy (William) Tenoever of Mansfield; step-grandchildren, Erin Otterbein, Emily Tenoever and Deanna Rose and her siblings, Walter (Deloris) Brewer of Flora, Illinois, her twin brother, Gary (Donise) Brewer of California, Ernest (Dianna) Brewer of St. Louis, Missouri and Cleon (Barbara) Brewer of Peoria, Illinois.   She is also survived by several nieces and nephews and great nieces and nephews.
In addition to her husband, she was preceded in death by her parents.
Friends will be received on Friday, October 21, 2016 from 6-8:00 p.m. at the McIntire, Bradham & Sleek Funeral Home, 216 E. Larwill St., Wooster.
Funeral services will be held on Saturday, October 22, 2016 at 10:00 a.m. at the funeral home with Minister, Adam Granger officiating.   Burial will follow in the Wooster Cemetery.
Those who wish may make memorial contributions to the Lighthouse Christian Church, 1357 Wadsworth Rd., Orrville, OH 44667.
Online condolences may be left for the family at www.mcintirebradhamsleek.com. 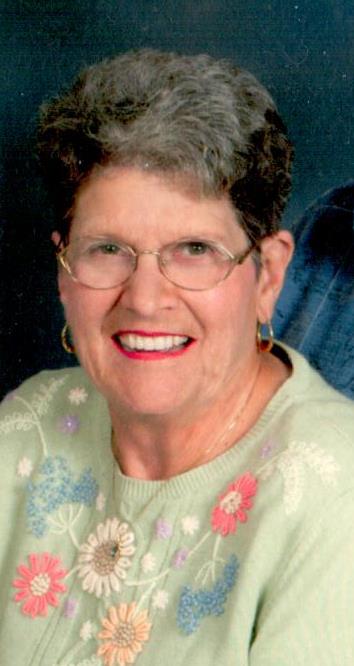