Ted E. Acker, 93, of Wooster, passed away early on Monday, October 31, 2016.
A memorial service to remember his life will be held at St. John Lutheran Church in McZena onSunday, November 13 at 2:00 with Rev. Angel Jackson officiating. The family will receive friends one hour before the service and also following the service. A private family burial service was held earlier at Fairview Cemetery. American Legion #68 of Wooster presented military honors.
In lieu of flowers, those who wish may make contributions in Ted’s memory to St. John Lutheran Church, 46 Co. Rd. 2575, Lakeville, OH 44638 or to LifeCare Hospice, 1900 Akron Road, Wooster, OH 44691.
Ted was born on February 23, 1923 in Plain Township to Clyde and Mabel (Swain) Acker and lived in the area all of his life. He was married to Mary R. Richey on December 8, 1945. She died in 2004.
Ted was a graduate of Lakeville High School and went on to serve in the Army with the 11th Airborne Division in the Pacific Theater during World War II. As a life-long farmer, Ted was a good steward of the land, and encouraged many youth who were interested in farming through Farm Bureau and support of Triway FFA. He also was a Triway Local Schools bus driver, a rural mail carrier, and a three-term Wayne County Commissioner. During his time in office he served the citizens of Wayne County well with his practical approach to decision making and his fair treatment of everyone he met. He was very humble and felt it an honor to serve his county and community. After his retirement, he found many ways to remain active in the community. He had a strong sense of hlstorv and supported Wayne County Historical Society and was a founding member of County line Historical Society in Shreve. He was a member of Shreve lions Club. Ted supported Triway sports, watching many games involving his son and grandsons, as an enthusiastic encourager. He was a past president of Triway Athletic Booster Club. He was a long time member of St. John Lutheran Church, where he was very active in all areas of the church ministry, serving on many committees and church council over the years.
Ted is survived by his son, Dave (Chris) Acker; grandsons Chad Acker of Wooster and Jed (Beth) Acker of Shreve, and great- granddaughters, Joy and Lucy Acker of Shreve. He is also survived by brothers, Roger Acker of Staten Island, NY; Dean (Maggie) Acker of Richmond, Kentucky; Duane (Pat) Acker of Rittman; and a sister, Genean Clark of Wooster, as well as numerous nieces and nephews. His family was very important to him, as he was to them, and he will be missed.
He was preceded in death by his parents, his wife Mary, and an infant son, Brian
McIntire, Bradham & Sleek Funeral Home, 216 E. Larwill St., Wooster assisted the family.
The family thanks West View Healthy Living and LifeCare Hospice for their excellent andcompassionate care.
Online condolences may be left for the family at www.mcintirebradhamsleek.com. 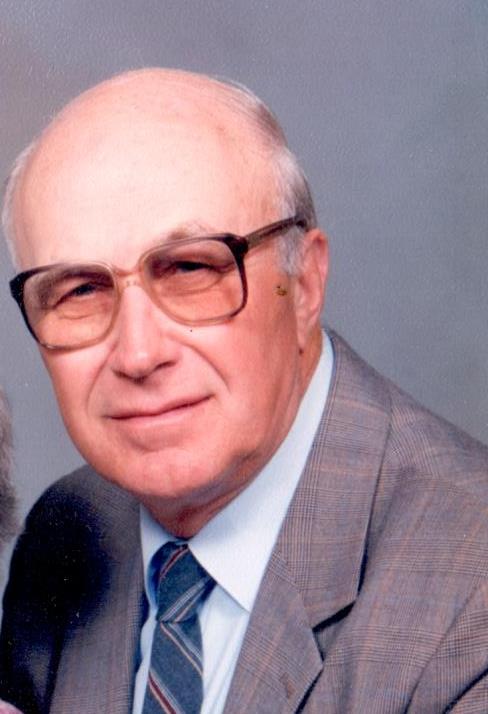