WEST SALEM  John C. Keener, 82, of West Salem passed away on Saturday, November 12, 2016 at LifeCare Hospice.
John was born November 4, 1934 in Congress Township, the son of Russell and Ruth Ickes Keener.   He was one of ten children.   He attended Congress School until his senior year.   In 1951, Congress, Chester and West Salem consolidated to become Northwestern Schools.   His 1952 class was the first graduating class.
He excelled in basketball and baseball while there, winning Wayne Co. Championships.   His left handed pitching in baseball landed him an opportunity to play ball for the Boston Braves farm team in Baton Rouge, Louisiana.   When his contract was sold to Fond du Lac, Wisconsin in the fall he did not go as he had met Donna Jean Fasig and decided to stick around Wayne County.   On October 23, 1955, he married his love and celebrated their 61th anniversary in 2016.
John played baseball after high school with West Salem.   The team traveled all around the state and Pennsylvania.   He also played basketball with Congress Athletic Club for many years (winning 85 games a couple years in a row).   Later he played fast pitch softball with Shearer Farm Equipment and Faultless Rubber.   He was a lifelong Indians and Northwestern Huskies fan.
John had a few jobs after high school working at West Salem Equity, the Experiment Station, Ribolt Furnace, Jake Yoder Painting, G.C. Butler Construction and drove truck for Lytle Construction.   After he married he worked for the Muddy Fork Farms in Ashland County.   There he learned how to keep the mangers clean as a whistle and how to plow a perfectly straight row in the field.
He lived most of his life on a farm which was his calling.   He loved the quiet morning walks to the barn to milk his Brown Swiss cows and enjoyed the seasons of planting and harvesting.   He remembers when he was very young of hauling manure with the farm horses, making hay and putting the loose hay in the barn with hay hooks and milking the cows by hand.   Watering the cows was done by hand pumping from the well.
He was involved with many organizations over the years, serving on many committees at St. Peter Lutheran Church, Northwestern Booster s Club, Brown Swiss  Association and the West Salem Equity Board.   He received awards from many organizations but his most treasured awards came from the love of his children and grandchildren.
John is survived by his wife, Donna Jean and his children; Brad (Paula) Keener of Waterville, Bruce (Deanna) Keener of West Salem, Brett (Kathy)Keener of Smithville and Elizabeth (Matt) Hostettler of Wooster; his grandchildren, Tyler (Kassie) Keener, Travis (Shawna) Keener, Troy (Morgan) Keener, Ruth Ann Cherry, Paul (Olivia) Keener, Kirt (Julie) Keener, Kelly (Todd) Roberts, Emily (Scott) Koch, Mallory (Brett) Imhoff, Brent (Emily) Hostettler and Madalyn (Caleb Schmucker) Hostettler and 28 great-grandchildren and his siblings, Virginia Brenneman of Wooster, Mavis (Chet) Welty of Medina, Richard (Kay) Keener of Wooster, Karl (Nancy) Keener of Wooster, Phil (Jean) Keener of West Salem and Jane Keener of West Salem.
He was preceded in death by his parents, twin brother, James and sisters Carol Buchholz and Marilyn Weygandt.
Friends will be received on Saturday, November 19, 2016 at the McIntire, Bradham & Sleek Funeral Home, 216 E. Larwill St., Wooster from 4-8:00 p.m.
Funeral services will be held on Sunday, November 20, 2016 at 1:00 p.m. at St. Peter Lutheran Church, 9452 Ashland Rd., Wooster with the Rev. Tina Heise officiating.   Burial will follow in the New Pittsburg Cemetery.
Those who wish may make memorial contributions to LifeCare Hospice, 1900 Akron Rd., Wooster or to St. Peter Lutheran Church, 9452 Ashland Rd., Wooster, OH 44691.
Online condolences may be left for the family at www.mcintirebradhamsleek.com. 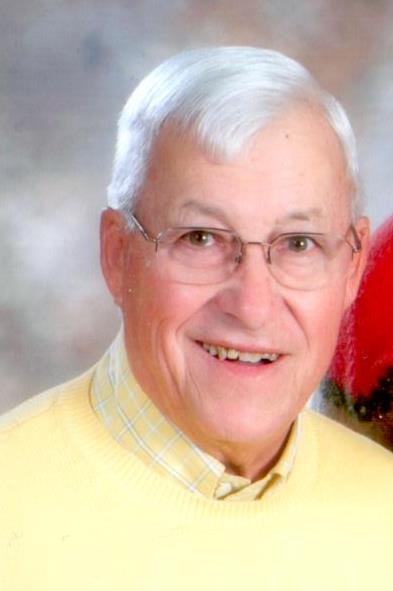