WOOSTER – Shirley Arlene Vasas, 76 of Wooster passed away Saturday evening, November 12, 2016, at Smithville Western Care Center.
Shirley was born June 18, 1940, in Wooster to Virgil Roy and Beryl Etta (Musselman) Stout, bothdeceased. She married Michael Paul Vasas, fifty-six years ago on June 24, 1960. He survives.
She is a graduate of Smithville High School and previously worked as a Pharmacy Technician for the former Gray Drug Stores in Wooster and the Apple Creek Developmental Center. She especially loved raising and being with her three children. She was an avid reader who read well over one hundred books yearly. Her family and friends will attest that she was an outstanding cook.
Shirley’s main pleasure was going for car trips which she was able to do until her last month on earth. She loved seeing the barns and farm animals and Amish in Ohio and also the Appalachian Mountains from Maine to North Carolina. She also liked watching and riding trains. Shirley was friendly to everyone she met, had no enemies, and was loved by everyone who knew her.
Surviving in addition to her husband are children, Michele (Russell) Hall of Orrville and Stephen (Becky Thorne) Vasas of Wooster; grandson, James E. Silvey III of Kent; and granddaughters, Morgan Silvey of Columbus, and Marietje Vasas of Wooster. A brother, Jay (Becky} Stout of Wooster; and sister-in-law, Joan (Charles) Vernor also survive.
She was preceded in death by her parents; daughter Stephanie, sisters; Doris (Ray) Stauffer, and Lolita (Donald) Miller; brothers, Charles Stout, and Edward Stout; and sister-in-law Patricia (John) Gracon.
Friends will be received at the McIntire, Bradham & Sleek Funeral Home, 216 E. Larwill St., Wooster on Tuesday, November 22, 2016 from 6-8:00 p.m.
Services will be held on Wednesday, November 23, 2016 at 11:00 a.m. at the funeral home with the Rev. Charles Tobias officiating.   Private burial will be held.
Those who wish may make memorial contributions to the Kidney Foundation, 146 E. Liberty St., Suite 90, Wooster, OH 44691.
Online condolences may be left for the family at www.mcintirebradhamsleek.com. 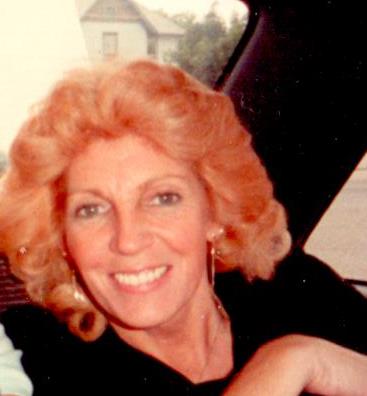