WOOSTER – Kitty Shun-hua Chia passed away at age 100 on Friday, December 2, 2016 at West View Healthy Living in Wooster, Ohio.
Kitty was born in Shanghai, China on September 4, 1916. Her parents were Fen Chin, a graduate of Harvard University in Astronomy and Mathematics, and his wife Hsin-tsai Chien. Kittys mother died when she was five, and she went to live with her uncles family, the Chiens, for more than a year before returning to her father and stepmother. In 1933, she forged an independent path by enrolling at Yenching University in Peking, one of the first and most famous co-educational schools in China, majoring in Home Economics, and graduated in 1937, after writing a 176-page senior thesis in Chinese on the history of textiles, using extensive Western and Chinese sources. At Yenching, Kitty was active in sports such as tennis, swimming, ice-skating and volleyball and even participated in the student movement of December 9, 1935, urging the government to oppose Japanese aggression. Upon graduation, she married Dewey T. H. Chia at the Park Hotel in Shanghai, where he was a banker. In 1938, they moved to Hong Kong, where he was posted with his bank, and after Pearl Harbor was attacked in 1941, the Japanese marched into the city. Kitty and Dewey had to escape with the family inland to Chungking, the wartime capital of China, and for the next four years Kitty worked on the staff of the American embassy there.
At the end of World War II in 1945, she and the family returned to Shanghai until the chaos of the Communist revolution in 1948 eventually drove them to British-owned Hong Kong. In 1951, the family moved to Taiwan, Republic of China, where Dewey was in shipping and Kitty again worked for the American embassy. In 1956, the family moved to New York City, where Dewey first headed an ocean shipping company and later his own import business. For the following twenty years, Kitty worked as a statistician in the Secretariat of the United Nations, driving to work over twenty-five miles round-trip each day in New York City rush hour traffic. She and Dewey welcomed to their home many young relatives from China and Taiwan who were immigrating to the United States to study, and who, without exception, embarked on successful careers in America.  Following the death of her husband in 1998, in order to be near her eldest daughter, Kitty moved to Wooster, Ohio, where she pursued her interests and talents in knitting, cooking, and gardening and also hosted a weekly mah-jongg party for her friends.
In 2012, Kitty suffered a disabling stroke and took up residence at West View Healthy Living. Thanks to the skills of physical and occupational therapists at West View and Healthpoint, personal trainers, and her dedicated physician, as well as Kitty s strong disposition and perseverance, she was able to walk, knit and do physical exercise. She made many dear and supportive friends at West View among the residents, aides and nurses. She never wavered in her appreciation for the United States, where she had a successful career and raised a close-knit family. Although she would never admit it, Kitty was a person of high intellect among a pioneering generation of Chinese women who exerted their independence in seeking careers. But she was also familiar with the need to cultivate moral and intellectual qualities in her children, while at the same time preparing exquisite cuisine for her family and skillfully managing her household. She is an immigrant success story, a woman ahead of her time, and a survivor through war and revolution and much uprooting, but one who never took for granted the opportunities her adopted country offered and maintained her intellectual curiosity and creative pursuits throughout a long and eventful life. All who knew and loved Kitty cherish their fond memories of her.
Kitty will be deeply missed by her half-sisters Mollie Huang and Bette Chen, son Pei-yuan (Kitty), daughter Pei-hsin Gedalecia (David), and daughter Pei-loh Lo (Adrian); her grandchildren: Kathy Chia (Arjun Desai), Douglas Chia (Jessica), Derek Gedalecia, Candace Chia (James Leiken), Julie Gedalecia (Robin Adams), Erika Lo, and Aaron Lo; and her eleven great-grandchildren.
Her three brothers Pao-tung, Pao-hsiung and Bao Tong died before her.
There will be no calling hours or services.
McIntire, Bradham & Sleek Funeral Home, 216 E. Larwill St., Wooster is assisting the family.
The family requests that in lieu of flowers, contributions be made according to the choice of the donor.
Online condolences may be left for the family at www.mcintirebradhamsleek.com. 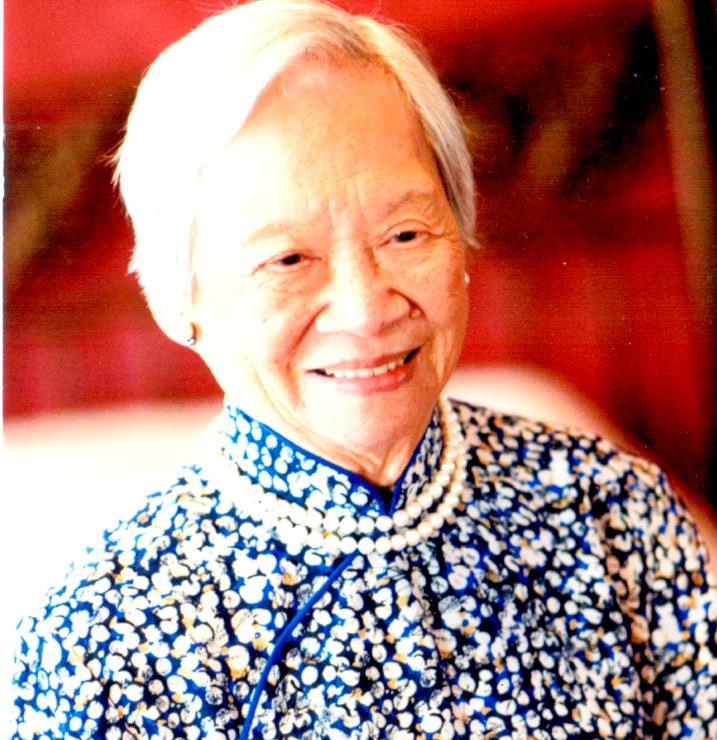