WOOSTER  Grace M. Morr, 97, died Friday, December 9, 2016 at Westview Healthy Living in Wooster due to complications from a fall.
She was born in Wooster, Ohio November 20, 1919 to Glen L. and Mabel (Moore) McClaran.   She grew up in Ashland, Ohio and Graduated from Ashland High School in 1938.     While there she participated in numerous activities and competed in speech and debate competitions.   She graduated from Manchester College (now University) with a degree in home economics in 1942, being the first in her family to earn a college degree.   She also competed in debate and speech for Manchester College.   One of her speeches, entitled Wives Are People Too , foresaw the changing role for women in American society and earned her recognition.
After graduation, she married then Lt. Robert S. Morr of Ashland in Tampa, Florida on Christmas Eve, 1942 while he was stationed at McGill Army Air Corps Base for B-26 pilot training.
She taught English, speech and home economics at Smithville High School in 1942-43.   She later taught at North High School in Columbus, Ohio while her husband trained to be a dentist at Ohio State University in the late 1940 s, stepping down after the birth of her first child.
During WWII she moved to Washington, D.C. where she worked in the office of War Information.   At that time her husband was stationed in England where he flew bombers in support of the D-Day Invasion.
Dr. Morr established his dental practice in Orrville, Ohio, before moving it and their family to Wooster where he practiced dentistry until 1975.   Dr. Morr predeceased her in October, 1996.
Mrs. Morr served a term on the Wooster Zoning Board and was active in the Wooster League of Women Voters, among other civic organizations.   She and her husband were supporters of the Nick Amster Sheltered Workshop and were among the founders of the Friendsville Home, a group home for developmentally disabled adults located in Wooster.   The Morrs were members of St. James Episcopal Church.
Mrs. Morr s only college grade below A was a blanket  C that was given for a class called Home Care of the Sick , spoiling a perfect academic record.   Ironically, for much of her life as a home maker she provided care for family members that needed her love, care and support.
She was a believer in the importance of education and instilled that value in her family.   Her children and grandchildren collectively have earned six college degrees and ten advanced degrees.
Mrs. Morr was known for her positive, caring and joyful approach to life.   She was extremely proud of her children and grandchildren.
She is survived by her son Thomas G. Morr and her daughter-in-law Karen T. Morr of Marco Island, Florida, her son-in-law Peter Stirba of Salt Lake City, Utah, four grandchildren, Stephanie M. Kazama (and her husband Andrew M. Kazama) of Decatur, Ga., Heather M. Klemann (and her husband Gilbert H. Klemann) of Greenwich, CT., Emily A. Stirba of Washington, D.C., and Melissa G. Stirba of Salt Lake City, Utah and five great grandchildren, James M. Kazama, Grace A. Kazama, Eleanor B. Klemann, Beatrice H. Klemann, and Gilbert L. Klemann, III.
She was predeceased by her loving husband, Dr. Robert S. Morr and her beloved daughters the Honorable Anne M. Stirba and Robin L. Morr.
A private burial will be in Ashland Cemetery.     A memorial service is planned for a later date.
The family requests that contributions in lieu of flowers be made to Nick Amster Inc., located at 1700-B Old Mansfield Road, Wooster, Ohio 44691.
Online condolences may be posted at www.mcintirebradhamsleek.com
Arrangements are under the direction of McIntire, Bradham & Sleek Funeral Home. 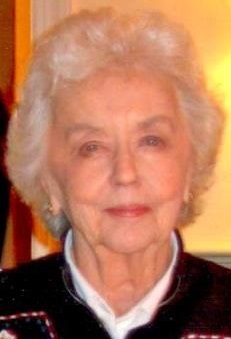