FRUITLAND PARK, FL  Edward G. Sandy  Garver, 82, of Fruitland Park and formerly of Wooster passed away on Friday, December 16, 2016 at the Leesburg Regional Medical Center in Florida.
He was born February 15, 1934 in Akron, the son of Dewey and Garnett Klingler Garver.   He married Martha Ann Roberts on May 3, 1985.   She survives.
He had been the maintenance supervisor at Boys Village retiring 1997.   He was a member of the Wayne Presbyterian Church and loved fishing.
In addition to his wife, he is survived by his children, Michael (Patty) Garver, Steve Garver and Mary (Larry) Crisco all of Wooster; grandchildren, Brittany Garver of Wooster and Angela Ross of Orrville; great-grandchildren Kylie and Christian Ross; siblings, Ted Garver and Debbie (Gene) Barnes both of Wooster, Jeff Garver of Millersburg and Jennifer Garver of Shreve and many nieces and nephews.
He was preceded in death by his parents, sons, Matthew and David Garver.
Friends will be received at the McIntire, Bradham & Sleek Funeral Home, 216 E. Larwill St., Wooster on Monday, December 26, 2016 from 6-8:00 p.m.
Services will be held at the Wayne Presbyterian Church, 7152 Burbank Rd., Wooster on Tuesday, December 27, 2016 at 11:00 a.m. with the Rev. Bob Meyer officiating.   Burial will be in the Wayne Presbyterian Church Cemetery.
Those who wish may make memorial contributions to the American Heart Assoc., 4682 Douglas Cir., NW, Canton, OH 44718.
Online condolences may be left for the family at www.mcintirebradhamsleek.com. 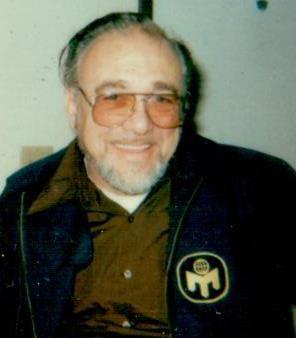