WESTERVILLE – After a year of declining health, Donald (Donnie) J. Karaiskos took his final flight to the West on December 19, 2016 and landed at God s Heavenly Mansion. Don was born at home in the Kenmore district of Akron in 1930 to parents George and Pearl Karaiskos (Popowitch) and was a retired United Airlines Pilot. He was a child of the Great Depression and said he did not have one unhappy day during this time, giving credit to his loving parents who made sure that the fact they were poor never interfered with making his a happy home.
He graduated from Garfield High School in 1948 and joined the USAF December 1950 during the Korean War. He was honorably discharged in September of 1954.   With the help of the Korean G.I. Bill and landing a job with the Goodyear B Squadron, he managed to graduate from Kent State University in 3 years.   In 1957 he was hired by the Akron Public Schools as a history teacher for seven years. He also earned a Master s Degree, earned his flying licenses and became an instructor at Fulton Airport during those summers.
Donald and Beverly (Vincent) were married at Holy Trinity Lutheran Church in Akron in 1964.    They left Akron so that Donald could take a position as Instructor in the school of Technology At Purdue University and then he was appointed Assistant Professor at Western Michigan University, School of Engineering Technology in Kalamazoo, MI.    In 1966 he was hired as a Flight Officer with United Airlines and was based in Los Angeles, Chicago and Cleveland.   He was promoted to the rank of Captain on the B-727 retiring in 1992 with 26 years of service.   Donald and Beverly chose to live in the City of Wooster, Ohio where they raised their children who are all graduates of Wooster High School. The family resided in Wooster for 35 years.   Donald loved Northern Ohio and particularly Wooster and Akron. They were members of Zion Lutheran Church.   Donald was active in the Boy Scouts and was Scoutmaster of Troop 65 sponsored by the church, The Elks, ALPA, and American Legion.  He was active in building and flying radio control aircraft.  For the past 30 years, they spent their winters in Green Valley, Arizona and recently relocated to Westerville, Ohio
In addition to his wife Beverly of 52 years, he is survived by his son Steven Karaiskos of Seattle, WA, daughter and son-in law Paula and Daniel Price of Las Vegas, NV, daughter and son-in-law Diane and Timothy Storer of Lewis Center, OH and daughter and son-in-law Laura and Adam Goudge of Littleton, CO; grand-children Emma Storer, Clara Storer, Milo Goudge, Cohan Goudge and Rosalie Price.   In addition he is survived by a sister, Mary Ann Orben (husband Coe, deceased) of Naples, Florida and a brother John (Barbara) of Massillon, Ohio along with several nieces and nephews.    Donald was preceded in death by his parents George and Pearl Karaiskos.
Friends will be received 1 hour prior to the 12:30 p.m. service on Thursday, December 22, 2016 at the McIntire, Bradham & Sleek Funeral Home, 216 E. Larwill St., Wooster.   Burial will be in the Ohio Western Reserve National Cemetery, in Seville at 2:30 P.M.
In lieu of flowers, memorial contributions in Donald s memory may be sent to The Salvation Army, 437 S. Market St., Wooster, OH 44691 or the Kobacker Hospice House, 800 McConnell Dr., Columbus, OH 43214.
If I take the wings of the morning, And dwell in the uttermost parts of the sea, Even there Your hand shall lead me, and Your right hand shall hold me.    Psalm 139
Online condolences may be left for the family at www.mcintirebradhamsleek.com. 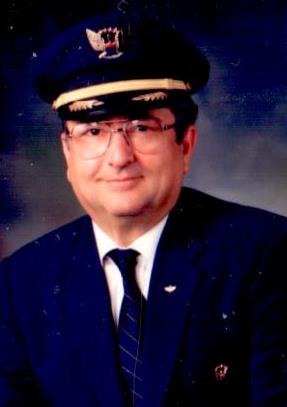