WOOSTER – Edward Thomas Scott passed away at home in Wooster, Ohio on Sunday, January 15th at the age of 87.
Ed is survived by his wife of 65 years, Marion Scott. Marion and Ed first met when they were only twelve years old and were married on June 15, 1951. He is survived by his children, Andrew Scott and Leslie Dienel (Charles) and their daughters Casey and Robin His son, James passed away in 2013. He is also survived by his sister, Donna Pierce and her children, Kim Bohannan and Lynda Campana.
Ed possessed a wonderful voice and loved to sing. He was active with church choirs and choral groups throughout his life. He loved to tell a good story and always brought a smile to the face of everyone he met. After graduating from Miami of Ohio University, Ed proudly served in the United States Army during the Korean Conflict. He was the President of Scott-Tarbell, General Manager of Miller Automation and Scott Automation. Ed was active with the American Welding Society serving a term as president of the Northeast Ohio chapter. He was a past president of the Hudson Town Council and was particularly proud of the role he played in helping the town parks department get off the ground. He also was a past Treasurer of the Country Club of Hudson, achieved the 33rd degree with the Freemasons and was a member of the United Methodist Church of Wooster.
A memorial service will be held at The Congregational Church of Hudson, 47 Aurora St., Hudson, Ohio on Saturday, February 4th at 2:00 PM. In lieu of flowers, donations can be made to the Music Committee at the United Methodist Church of Wooster, 243 N. Market St., Wooster, OH 44691.
McIntire, Bradham & Sleek Funeral Home, 216 E. Larwill St., Wooster assisted the family.
Online condolences may be left for the family at www.mcintirebradhamsleek.com 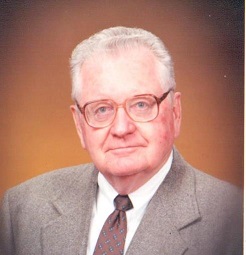