WOOSTER – Mattie Jean Musselman, 86 of Wooster passed away Thursday, February 9, 2017 at West View Healthy Living surrounded by her family.
Mattie Jean, a Christmas baby, was born December 25, 1930 in Danville, Illinois to her parents Louise (Sowers) and Roy Wood.   She grew up with her mother, stepfather Howard Bing Wilson, her sister Wanda and her two brothers Roy and Dwayne. She graduated from Danville High School in 1947 and married William Bill Musselman on August 28, 194
Jean and Bill began their married life while Bill attended Eastern Illinois State College. In 1959 she and Bill welcomed their first of four sons and shortly thereafter moved to Wooster. While Bill and his business partner founded, owned, and operated Eastern Well Surveys, Jean continued as a homemaker and mother to three more sons.
Jean worked as a part-time bank teller for numerous years at the Wayne County National Bank.   She was an accomplished seamstress and the best pj maker while working at Fabrics Unlimited.   In addition to her part-time work and the raising of her 4 sons, she was a very active volunteer for numerous organizations throughout Wooster.
She was a lifetime member at the Central Christian Church where she served as a Deaconess. She was also actively involved with the Emblem Club, the Wayne County Republican Women, the Wooster Swim Club and the hospice Friendtiques store. Jean was involved from start to finish with the Rotary Auction of Wooster as she assisted behind the scenes for many years in their well-known antique auction. With all that she had done for the Wooster Rotarians she was honored with the distinguish Paul Harris Fellow award.
Jean was most proud of her volunteer work advocating for the troubled boys at The Village Network who recognized her as a Board Member Emeritus in 2007 for her 28 years of extensive service. She served as the Chair for the Friends of Boys Village and gave her time and energy for the benefit of the children through her roles aiding The Village Christmas parties, the Celebrity Golf Outings at Wooster Country Club, many Scholastic Dinners, and the annual Strawberry Festival. Jean continued to serve on numerous committees throughout her years of service for the Village, which in turn inducted her into their Hall of Fame in 2013. If there was a need, Jean was willing to step up and lend a hand to do her best for those kids in need.
Jean was a proud, hardworking, precise woman that had a passion to always be there for anybody that needed something done. She loved watching and playing the game of golf at the Wooster Country Club where she was a regular in promoting anything involving the women s golf program.   She cherished the time spent with family and friends. Cheering her boys on during swim meets, golf matches, and football games with her unique high pitched cheer, Go! Go! Go!  A more generous, loving woman could not be found.
She is survived by her 4 sons; Rory of West Chester, PA, Ronald and his wife Lori of Kent, OH, Rodney and his wife Alexandra of Wooster, and Richard and his wife, Darby of Uniontown, OH, along with her cherished grandchildren Kiefer, Brett, Lukas, Nathanael, Corey, Kayla, Noah and Seth.   In addition her sister Wanda and Brother in law Carl Burch reside in Sun City, FL.   Jean has been preceded by her parents, Roy Wood, Louise and Bing Wilson, her two brothers Roy and Dwayne, and her husband of 59 years, William Musselman.
Friends will be received 1 hour prior to the Noon service on Friday, February 17, 2017 at the Central Christian Church, 407 N. Market St., Wooster with Rev. J. Alexander officiating. Entombment will follow in the Mausoleum at Sherwood Memorial Gardens.
All are welcome to return to the Spoon Market in downtown Wooster from 2:30pm  5:00pm for a celebration of Mattie Jean’s life.
McIntire, Bradham & Sleek Funeral Home, 216 E. Larwill St., Wooster is assisting the family.
In lieu of flowers the family would prefer donations to be made to LifeCare Hospice, 1900 Akron Rd., Wooster, OH 44691 or The Village Network, 2000 Noble Dr., Wooster, OH 44691 or Central Christian Church, 407 N. Market St., Wooster, OH 44691
Online condolences may be left for the family at www.mcintirebradhamsleek.com. 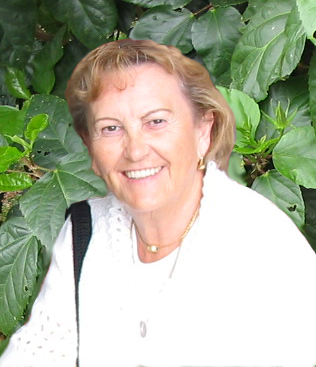