WOOSTER – Zella Jean Arnsby, Queen of the Arnsby family, passed away on Sunday morning, February 26, 2017 at Life Care Hospice in Wooster, Ohio.   She was born on December 7, 1938 in Wooster, Ohio as the only child to her parents, Willard Blandford Merriman and Catherine (Knepper) Merriman.   Everyone knew her as Jean or Jeannie.   She graduated from Wooster High School in 1956 and attended Kent State University where she was a freshman cheerleader, a member of Alpha Phi sorority, crowned Alpha Tau Omega White Tea Rose Queen, and was a member of the Sharks Club synchronized swimming team.
After graduating from Kent State, Jean returned to Wooster where she worked at Rubbermaid Inc. as the assistant to the Director of Public Relations for 5 years.   While in Wooster, she was active in Junior Women’s Club and performed in its Red Stocking Revue, and worked many years as a photographer’s model for Rubbermaid, Tappan Stove, Diebold, and many other companies.   She was featured on the covers of Ohio Boating Magazine, the Akron Beacon Journal Magazine and in other publications.
She married her high school sweetheart, Ronald Martin Arnsby, on February 3, 1962.   They had two children, John Blandford Arnsby and James Merriman Arnsby, and settled in Tallmadge, Ohio.   Following Ron s death in 1994, she remained a widow, insisting there was no better man than Ron, her one and only love.   The smile on her face following her last breath let us know that she was reunited with the love of her life.
While in Tallmadge, she volunteered as a homeroom mother, in PTA-PTO, and active with Tallmadge Little League, Tallmadge Youth Football, Cub Scouts and the Boy Scouts.   She was a scouting mom and proud mother of an Eagle Scout.   Employment included: Welcome Wagon Hostess; typist with the Board of Elections and as a presiding judge on election day; administrative assistant for 10 years with the Ohio office of Alcan Rubber and Chemical, an international company; and other temporary work for various companies.   Her work ethic was beyond reproach.
She returned to Wooster in the late 1990’s to live with and provide care for her father.   Other family relatives also relied upon Jean for her compassionate care during difficult times.    She served as vice president of the Cobblestone Homeowner s Association.
Out of respect for generations of both sides of her family, Jean took pride in maintaining family gravesites at cemeteries in Apple Creek and Wooster.   She enjoyed baking, reading, doing word games and puzzles in the newspapers, and was an avid morel mushroom hunter.  She was a member of the First Presbyterian Church in Wooster before moving to Tallmadge.
Jean treasured her time at the family property on Middle Bass Island.   She enjoyed fishing, boating, working in the yard, comradery with other islanders, playing with the grandchildren, enjoying the sunsets and fires on the beach, and relaxing with a good hi-ball and a well cooked steak.
She enjoyed attending her sons and grandchildren s sporting events where she could be heard cheering loudly and occasionally ringing a cowbell.
Jean was fondly known as Mrs. A  by her sons’ friends who always appreciated her hospitality and humor.   To many, she was their second mom.
Beautiful as a model, Jean was more beautiful as a person.   She loved people, loved to talk and laugh, had an infectious smile and the zest to make everyone she met happy.  She was a dear friend to many.   With her beautiful penmanship, she enjoyed sending notes and letters to family and friends.  She especially cherished receiving a card, note or telephone call from her grandchildren.
Jean is survived by her sons, John (Jeanette) Arnsby of Toledo, and James (Mary) of Gahanna; grandchildren, Samuel, Benjamin, Leah, Cody, and Caitlin; cousins, Peg Franks (Wooster), Joyce Doerr (Bradenton, Florida), Sandy Pohalski (Wooster), Bobbie Walton (Ashland), and brother-in-law, Harry Beers (Galion).
In addition to her husband, she was preceded in death by her mother in 1991, mother-in-law Lucile Arnsby in 1989, father in 2000, and sister-in law Judy Beers in 2014.
To honor her wishes, Jean was cremated and there will only be a private service for the family.   Interment will be beside her beloved husband at Wooster Cemetery.
McIntire, Bradham & Sleek Funeral Home, 216 E. Larwill St., Wooster is assisting the family.
The family suggests any memorial contributions in her name be made to the American Diabetes Association, P.O. Box 15829, Arlington, Virginia 22215 or Life Care Hospice, 1900 Akron Road, Wooster, Ohio 44691.
Online condolences may be left for the family at www.mcintirebradhamsleek. 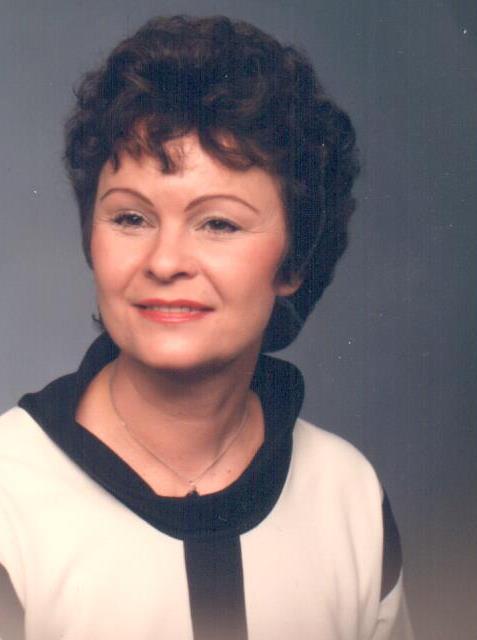