WOOSTER – Thomas Silver Mykrantz passed away April 6, 2017 at LifeCare Hospice in Wooster, following a period of declining health. Tom was born in Wooster on July 15, 1925 to Benny Silver and Edna Sigrist Mykrantz.
He graduated from Wooster High School in 1943 where he was active in band and FFA. He received his State FFA degree.
Following his graduation he entered the U.S. Army serving in the Black Hawk Infantry Division and was stationed in the Philippines. He served in combat before becoming a Chaplain s Assistant to Rev. Harry Walrond, who also became a lifelong friend.
Following his return from the Army, he turned his focus on farming and raising a family. Tom married Elsie Stahl Mykrantz on October 19, 1952 in Newcomerstown, Ohio. She survives. He farmed in partnership with his father, Benny and brother, Harry, raising Registered Jerseys. Tom and Harry developed a nationally recognized herd, drawing fellow Jersey breeders from around the globe.
Many of the animals in the herd traced back to Tom s purchase of Chiefs Etta Advancer Babe from Mr. Lester Inbody. This cow was the dam of Tom s favorite cow, Ettas Milestone Babe, a winner of the Milking Derby in the 1960 s.   Chiefs Etta Advancer Babe was the granddam of  Ettas Master Babe, a Jersey Jug winner and National grand champion and great-granddam of B Sleeper Valiant Babe, also a National grand champion.
Tom was a member of the Wayne Holmes County Jersey Cattle Club, District 7 Jersey Breeders, Ohio Jersey Breeders  Association and American Jersey Cattle Association. He served on the board of the Ohio Jersey Breeders  Association and was treasurer for four years. He received the OJBA s Pioneer Service Award and the Wayne County Jersey Cattle Club s Distinguished Service Award.
He was a member of the Ohio Young Farmer Committee and served as an officer. He was a 4-H advisor and provided animals for judging contests. He was always willing to open up his farm to 4-H, FFA and Collegiate judging teams as well as Ohio PDCA judging schools. He also provided opportunities for internships for several ATI dairy students.
Tom was always willing to work with Ohio State University Extension and the OARDC with research projects and field days. He hosted the Ohio Jersey Picnic and was proud to open his farm to visitors attending the 1983 annual meeting of the American Jersey Cattle Association.
Tom was a member of Oak Chapel United Methodist Church, where he served on the building committee responsible for the construction of the sanctuary in 1967, served as organist, was active in the United Methodist Men and Sing-Mar Class. He also served on the Administrative Council, Trustees and Music and Worship Committee.
After he sold his dairy herd in 1985, he worked for Buehler s, The Counselling Center, Zion Lutheran Church and Oak Chapel United Methodist Church.
He was a member of Wayne County Farm Bureau and a founding and active member of farm council, Northwest 19, well known by state leaders for their active and lively interest in issues and policies at all levels.
With a lifetime along the Lincoln Highway, Tom was a member of the East Ohio and Mid-Ohio Lincoln Highway groups and enjoyed supporting the Lincoln By-Way Yard Sale, held annually at Oak Chapel.  Tom was a member of the first Wayne County Planning Commission, responsible for developing a land use plan for Wayne County.   He also served on the election board as a poll worker and was a proud and active member of the Wayne County Republican Party.
In addition to his wife, Tom is survived by three daughters, Julie Finney (Dr. Mike) of Marshallville, Susan of Wooster, Jane Fruth (Robert) of Tiffin, six grandchildren; Ben Finney (Sheena) of Troy, Beth Gardner (Brandon) of Plain City, Sarah Finney of Marshallville, John Fruth (Samantha, fiancÃ©) of Columbus, Paul Fruth of Baltimore, Maryland and Anne Fruth of Tiffin and three great grandchildren.
His parents, brothers; Harry and Richard and an infant son, Teddy passed away previously.
Calling hours will be Tuesday, April 11 from 6 p.m. to 8 p.m. at McIntire, Bradham and Sleek Funeral Home, 216 East Larwill Street, Wooster, Ohio 44691. A Memorial Service will be held on Wednesday, April 12 at 11 a.m. at Oak Chapel United Methodist Church, 4203 West Old Lincoln Way, Wooster, Ohio 44691. Cremation has taken place and a private burial was held by the family.
In lieu of flowers, donations may be made to The Scarlet & Gray Jersey Fund, c/o The Ohio State University Office of University Development, 1480 West Lane Avenue, Columbus, Ohio 43221 (Ohio State University Foundation, Fund 313419) or LifeCare Hospice, 1900 Akron Road, Wooster, Ohio 44691.
Online condolences may be left for the family at www.mcintirebradhamsleek.com 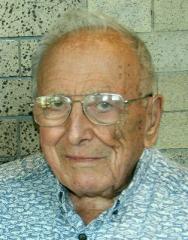