Donald J. Varns, 84, of Wooster died Saturday, July 01, 2017 at Danbury Woods.
He was born November 22, 1932 in Wooster to Clifford Dale and Lucille Ebright Varns.   On October 7, 1951, he married Norma J. Baker.   She preceded him in death in 2016.
Donald had worked as a heavy equipment operator for Walter Jones and retired from the Wayne County Highway Department.   He and Norma enjoyed travelling to county fairs throughout Ohio and stopping to visit family and friends, especially the Killbuck Valley Boys.
He is survived by his children Dean (Dianne) Varns, Gene (Joyce) Varns and Bonnie Schaaf all of Wooster; grandchildren Adam and Nate Varns, Megan Burgess, Eric Varns and Matt Schaaf; step-grandchildren John and Mike Weir and Shannon Jones; great-grandchild Callie Jean Burgess and step-great grandchildren Colton, Sydni, Jace and Marik Weir and Ryan Hicks.
Along with his wife, Donald was preceded in death by his parents and siblings Joanne Franks, Elaine McKelvey and Roger Varns.
There will be no calling hours and private family service will be held.   Inurnment will be in Wooster Cemetery.
The family would like to thank the staff at Danbury Woods and LifeCare Hospice for their exceptional care of their father.
Contributions may be directed to LifeCare Hospice, 1900 Akron Road, Wooster, Ohio 44691.
McIntire, Bradham & Sleek Funeral Home, 216 E. Larwill St., Wooster is assisting the family.
Online condolences may be left for the family at www.mcintirebradhamsleek.com 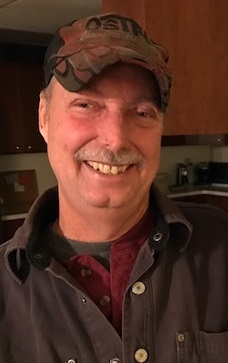