Together Again
WOOSTER  Richard C. Oberholtzer, 86, of Wooster passed away on Sunday, July 23, 2017 at his home.
He was born April 13, 1931 in Big Prairie, the son of Clark E. and Maxine M. Austen Oberholtzer.   He married Jeanette Rhees on October 17, 1954.   She preceded him in death on August 16, 2016.
He had been a lineman for American Electric Power for over 32 years and had previously worked for Wooster Products.   He was a member of the Plain Lutheran Church, a member of the American Legion, long time member of the NRA, the ATA and a member of the Pittsburgh Sportsman Club.   Dick kept busy with the upkeep of his property and had many hobbies.   He enjoyed boats, snowmobiles, trapshooting and benchrest targets and enjoyed hunting in his early years.
He proudly served his country with the US Army during the Korean War from 1951 to 1953.
He is survived by nieces and nephews, Doug (Paula) Akins, Joan (Ken) Flinner, Fred Rhees, Nancy (Charles) Hall,Terry (Martha) Rhees and Randy C. Clinage and several great nieces and nephews.
In addition to his wife, he was preceded in death by his parents and a sister, Peg Akins in 2008.
Friends will be received at the McIntire, Bradham & Sleek Funeral Home, 216 E. Larwill St., Wooster on Wednesday, July 26, 2017 from 6-8:00 p.m.
Services will be held on Thursday, July 27, 2017 at 10:00 a.m. at the funeral home with Pastor Rob Moskowitz officiating.   Burial will follow in the Fairview Cemetery.
Those who wish may make contributions to the Plain Lutheran Church, 4830 Blachleyville Rd., Wooster, OH 44691.
Online condolences may be left for the family at www.mcintirebradhamsleek.com. 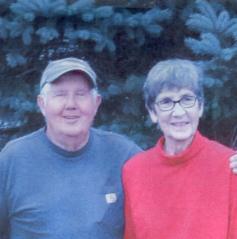