Thomas E. Rodgers, 89, of Wooster, Ohio, died Monday, April 9, 2018 after a brief illness.   He was born March 1, 1929 in Johnstown, Pennsylvania, one of six children of George W. and Nelle M. Rodgers.
Thomas graduated from Southmont High School in Johnstown, Pennsylvania.   He attended the University of Pittsburgh where he earned a Bachelor of Science degree in 1951.   After graduation he worked as a civil engineer for Blaw Knox Corporation in Pittsburgh, Pennsylvania; Caracas, Venezuela; London, England; and Richland, Washington.
He attended the Duquesne University School of Law and was awarded a Juris Doctorate degree in 1964.   Later, he took a position with Welch Food Corporation at its headquarters in Westfield, New York.   In 1968 he returned to Pennsylvania and entered the private practice of law in Greensburg, Pennsylvania.   Later he was joined in his law practice by his daughter, Patricia A. Rodgers, and his son-in-law, David H. Cullis.
After his retirement, he operated Golf Resort, a par three golf course in New Kensington, Pennsylvania.
In 2014, due to health problems, he came to Wooster to reside with his daughter and son-in-law, where he remained until his death.
He is survived by three daughters, Diane L. Rabe, of Butterfield, Minnesota; Patricia A. Rodgers, of Wooster, Ohio; and Cynthia L. Reed of Kill Devil Hills, North Carolina. Also surviving are his grandchildren, Jamie (Cary) Quiring, of Mountain Lake, Minnesota; Joshua (Jessica) Rabe, of Buford, Georgia; Chelsea Reed and Cassidy Reed both of Kill Devil Hills, North Carolina. Other survivors include great-grandchildren Sara and Mark Quiring and Lexi and Logan Rabe.
He is also survived by a brother, Richard (Nancy) Rodgers and a sister, Hope Clark and was preceded in death by a brother, George (Buck) Rodgers, a sister, Margaret (Margie) Russo, and a brother, Havel Hal Rodgers, who died in infancy.
He is also survived by numerous nieces, nephews and cousins with whom he maintained regular contact.
A private memorial will be held in Wooster, Ohio.
Services will be held Saturday, April 28 at 10:30 a.m. at Grandview Cemetery in Johnstown, Pennsylvania with Majors Ronald and Pamela Santmyer officiating.
In lieu of flowers, donations may be made to LifeCare Hospice, 1900 Akron Rd., Wooster, Ohio or Wooster Community Hospital.
McIntire, Bradham & Sleek Funeral Home, 216 E. Larwill Street, Wooster, Ohio, is assisting the family. 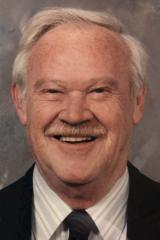