WOOSTER – Bruce P. Smith, 72, of Wooster died early Monday, June 4 in Columbus, Ohio. He is survived by his wife, Linda, his son, Dale, and daughter-in-law Sara of Columbus.
Bruce, the only son of Rev. Paul R. and Ruth (Wagner) Smith, was born and raised in northwesternPennsylvania, graduated with the Class of ’63 from Mercer High School and the Mount Union College Class of ’67 with a major in Sociology. His graduate studies in Sociology at the University ofTennessee in Knoxville were interrupted by the Viet Nam War, and as a Conscientious Objector, he chose to complete his 2 years of alternative service as a house parent at a home for delinquent boys in Lake Placid, New York. He then returned to the University of Tennesse in Memphis to pursue a Master s Degree in Social Work.
Bruce married his wife, Linda, in June of 1972 and moved to Nashville where he completed his graduate field placement as a probation officer for the Federal District Court. Soon after he began working for the Davidson County Department of Health as a social work assistant to the visiting nurse team.
Bruce and Linda moved to Wooster, Ohio in 1975 when he was offered a short-term contract to teach Social Work and Urban Studies classes at the College of Wooster. He began his professional career in mental health and family counseling at the Wayne County Counseling Center in 1976 and later worked at the Ashland County agency. He opened his private practice, Marriage and Family Guidance Services, serving both counties in 1985. He has periodically taught undergraduate social work classes at Ashland University and has taught a psychopathology class at the Mansfield campus of The Ohio State University.
Bruce was a frequent public speaker for local agencies, churches and community organizations; and he regularly taught continuing education courses for licensed professional counselors and social workers at OSU School of Social Work in Columbus and other colleges and universities throughout northeast Ohio.
Throughout his life Bruce combined his joy of traveling and dedication to serving others by participating in volunteer service opportunities. Notably he spent the summer of 1971 at an earthquake reconstruction site in Peru. Other service trips included Panama and Eastern Europe. Bruce has been an American
Red Cross volunteer and went with Linda to Evansville, Indiana in 2005 to assist with a tornado recovery effort. They also traveled with the United Methodist Nehemiah Mission Team on several occasions. Locally Bruce volunteered every Thursday afternoon-at Meals Together for many years. He is well-known throughout the community for his friendly, outgoing character and humorous engagement with everyone he meets.
The family will be receiving friends at the McIntire, Bradham & Sleek Funeral Home, 216 E. Larwill St., Wooster on Thursday, June 7, 2018 from 2-4 and 6-8 p.m. and hosting a Celebration of Life at the Wooster United Methodist Church on Saturday, June 9, 2018 at 11:00 a.m. followed by a time of fellowship and sharing.
Cards may be also sent to the funeral home or online condolences may be sent to the funeral home at www.mcintirebradhamsleek.com.
Gifts in his Memory may be directed to Meals Together, 243 N. Market Street, Wooster 44691, or to Unverferth House, 190 King Avenue, Columbus, Ohio 43201.

Memorial Contributions
Gifts in his Memory may be directed to Meals Together, 243 N. Market Street, Wooster 44691, or to Unverferth House, 190 King Avenue, Columbus, Ohio 43201.

Service
A Memorial service will be held on Saturday, June 9, 2018 at 11:00 AM at Wooster United Methodist Church. 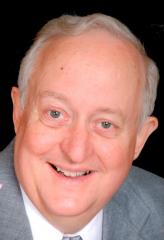