WOOSTER  Michael Paul Vasas, 81, of Wooster passed away on Friday, December 21, 2018 at his home.
He was born October 11, 1937 in Beaver Falls, Pennsylvania, the son of Michael, Jr. and Stella Demczenski Vasas.   He married Shirley Arlene Stout on June 24, 1960.   She preceded him in death on November 12, 2016.
He was the Director of Pharmacy at the Apple Creek Developmental Center and the weekend director at Ashland Samaritan Hospital.   Michael was also the author of A History of Wayne County High School Football from 1899 to 1988 , a Trustee of the Wayne County Sports Hall of Fame, was a long-time youth baseball coach and he organized and help run various baseball leagues in the area.   He was also a Div. I tennis player at Duquesne University, helped coach Wooster High School s first tennis team and was an umpire and a basketball official.
He loved high school football and basketball, enjoyed traveling and reading, was a train enthusiast and was an avid game board player.
Surviving are his children, Michele L. (Russell) Hall of Orrville and Stephen M. (Becky Thorne) Vasas of Wooster; grandchildren, James D. Silvey III, Morgan M. Vasas and Marietje Thorne Vasas and a sister, Joan Verner of Beaver Falls, Pennsylvania.
In addition to his wife, Shirley, he was preceded in death by his parents and a daughter, Stephanie Vasas in 2010 and a sister, Patricia Gracon.
Friends will be received at the McIntire, Bradham & Sleek Funeral Home, 216 E. Larwill St., Wooster on Wednesday, January 2, 2019 from 6-8:00 p.m.
Services will be held at the funeral home on Thursday, January 3, 2019 at 11:00 a.m. with Pastor Dan Wingate officiating.   Burial will follow at 1:00 p.m. at the Ohio Western Reserve National Cemetery, 10175 Rawiga Rd., Seville.
Those who wish may make memorial contributions to the Wayne Co. Sports Hall of Fame, 212 E. Liberty St., Wooster, OH 44691.
Online condolences may be left for the family at www.mcintirebradhamsleek.com. 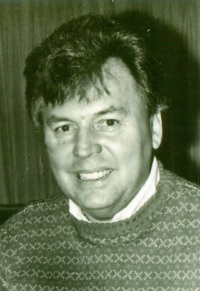